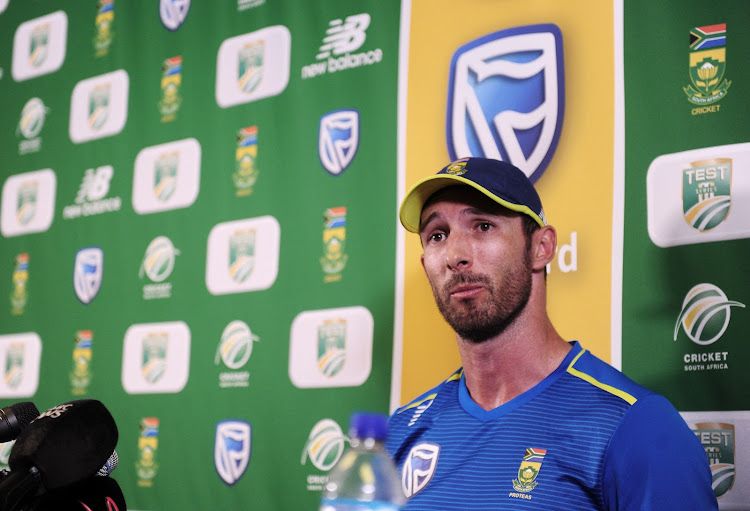 Pieter Malan will captain the SA A team to host India A in a three-match four-day series in Bloemfontein from November 23 to December 9.

Malan is coming in as skipper despite not having been part of the previous squad - but who will argue with the selection of a player who smashed 44, 96, and 117 in his last three innings to help Boland draw their opening two matches.

Wihan Lubbe, Zubayr Hamza, Tshepo Ntuli, Okuhle Cele, and Dayyaan Galiem are also missing from the A squad that crushed Zimbabwe A by an innings and 166 runs in the first four-day Test before the second was suspended after the government in Harare announced fresh lockdown restrictions in June that put paid to the tour.

The Proteas made a low-key return to SA on Monday after their gallant yet unsuccessful T20 World Cup campaign in the United Arab Emirates.
Sport
3 weeks ago

It is not clear whether Moore, who scored 93 off 178 in that match as SA A batted once, crushing their hosts, and registered 110, four, four, and one in four innings for the Warriors last week, is injured or will form part of the Proteas Test squad, yet to be announced, that will face India in a three-match Test series next month.

The same is true for De Bruyn, who was not part of the tour to Zimbabwe, and it seems his scores of 23, 37, six, and one not out in his four innings for the winless Titans were not good enough for inclusion.

Hamza captained the A side that toured Zimbabwe, and misses out because he was on Wednesday included in the Proteas ODI squad to play the Netherlands on November 26 and 28 at SuperSport Park in Centurion and on December 1 at the Wanderers in Johannesburg.

Lubbe, Ntuli, Cele, and Galiem will be disappointed to miss out, if they are not injured.

Proteas coach Mark Boucher has admitted he is struggling to come to terms with the team's failure to qualify for the semi-finals of the ICC T20 World ...
Sport
3 weeks ago

They will be replaced in the A squad by Sarel Erwee, Marco Jansen, Beuran Hendricks, Jason Smith, and George Linde, who will be itching to play, having not played a match at the T20 World Cup as he travelled with the Proteas as one of three reserves.

Jason Smith also comes into the squad, having started the four-day domestic campaign with a century and a half-century in his four innings for the Dolphins against the Titans in Centurion last week.

CSA chief selector Victor Mpitsang said Test cricket remains a focus area, and the SA A side is a key pipeline to flood the pool from which to select the national team.

“It is therefore vital that a steady stream of talent continues to emerge from our high performance programme,” said Mpitsang.

It will be quite a role reversal with Australia being the proverbial underdogs in Thursday's semi-final of the Twenty20 World Cup against a red-hot ...
Sport
3 weeks ago

“The Covid-19 pandemic saw the disruption of the SA A team’s fixtures, and CSA is pleased to see the return of content for this programme.

“We are looking forward to more tours for this team in particular, as the A team programme is a crucial one to CSA’s overall pipeline strategy.”

With the main India Test team set to arrive in the country for a money-spinning all-format tour starting on December 17, Mpitsang said the clash against India A is an ideal opportunity for players with Proteas ambitions to put their hands up.

“The selection panel and I wish Pieter Malan and coach Malibongwe Maketa everything of the best ahead of this very important series.”

The India A team boast talent such as opening batters Prithvi Shaw and Devdutt Padikkal, spinner Rahul Chahar, who was also part of the T20 World Cup team in the UAE, fast bowlers Umran Malik and Navdeep Saini, and will be led by 31-year-old Priyank Panchal.

All of 15 tries were delivered in the Carling Champions Match providing plenty of entertainment for the 568 fans who made way to Loftus Versfeld, ...
Sport
3 weeks ago