Lewis Hamilton wins in Brazil after starting at 10th place 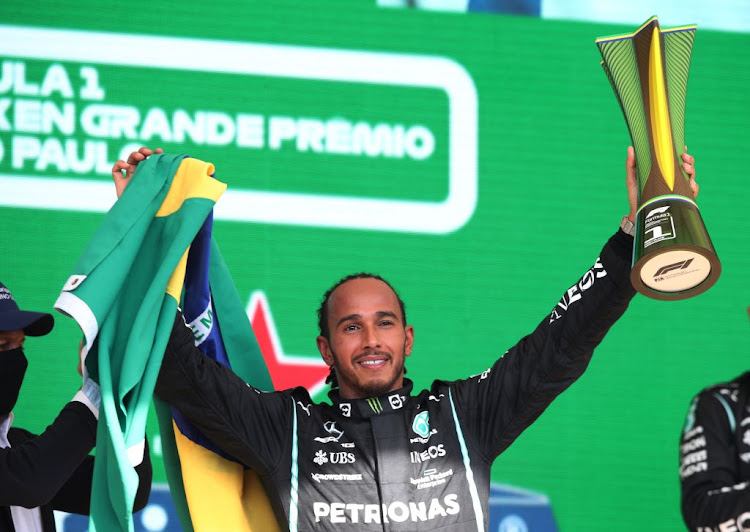 Verstappen finished second with Valtteri Bottas third for Mercedes on an astonishing, controversial and roller-coaster weekend in Brazil that will go down as one of Hamilton's greatest and most satisfying drives.

The Briton was fastest in Friday qualifying at Interlagos for Saturday's sprint that set Sunday's grid, and then demoted to the back of the field after his car's rear wing failed a technical inspection. He went from 20th to fifth on Saturday, dropping back to 10th on Sunday's grid after an engine penalty but hungry for much more.

Formula One stewards sent title contender Lewis Hamilton from first to last in the lineup for Saturday's Sao Paulo sprint race after his Mercedes ...
Sport
2 weeks ago

The rest was history as the 36-year-old took his third win in Brazil and set a record for victory in Brazil from the lowest grid position, beating Italian Giancarlo Fisichella's 2003 win from eighth.

“Lewis, that's how you overcome a 20-place disqualification,” Mercedes team boss Toto Wolff told him over the radio after he took the chequered flag in front of a cheering crowd. “It was actually 25, but you're right,” replied a delighted Hamilton.

The win was Hamilton's sixth of the season and record-extending 101st of his career. Red Bull's Sergio Perez finished fourth, pitting on the penultimate lap for fresh tyres to set the fastest lap and deny Hamilton a bonus point.