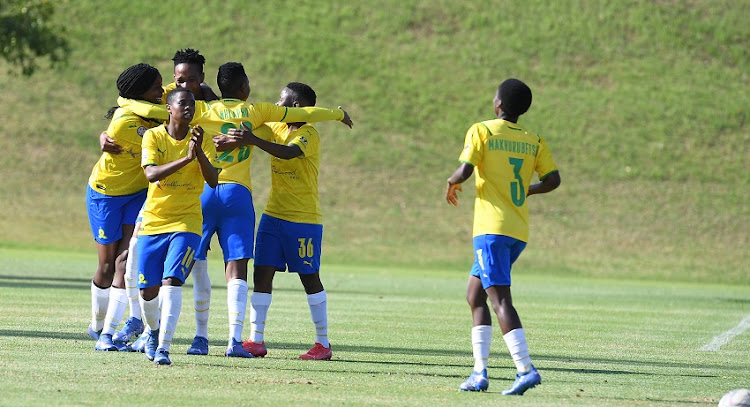 The Sundowns Ladies reached the last four after they finished top of Group B on seven points without conceding any goals in the process.

The SA champions’ only concern going into the semi-final was their potency in front of goal, having managed 1-0 wins over Kenya’s Vihiga Queens and Rivers Angels from Nigeria in their opening two group matches and a goalless draw against Morocco’s ASFAR.

Banyana Ba Style again failed to find the back of the net and it was their defensive solidness that was key to keeping the central Africans at bay for the regular 90 minutes, and showed sharp fitness levels as they competed right until the final whistle after the match went into extra time with no goals.

The match started at breakneck speed with Malabo Kings threatening but they ran out of steam midway through the first half as the Sundowns Ladies started to dominate proceedings and looked like scoring when they surged forward.

Mamelodi Sundowns’ women’s team got off to a winning start to the inaugural Caf Women’s Champions League finals tournament in Cairo with a 1-0 win ...
Sport
3 weeks ago

Jerry Tshabalala’s team started the second half with intent and are now one game from imitating their men’s team, who won the Caf Champions League in 2016.

Andile Dlamini won the player of the match award despite having not saved a single penalty, but the tormentor in chief for the central Africans was exciting midfielder Chuene Morifi, who orchestrated the majority of the Sundowns Ladies' attacks with her educated left foot.

Morifi saw a lot of the ball and had glorious opportunities both in the first and second halves to break the deadlock but a combination of indecisiveness and good positioning from Ruth Sunday in the Malabo Kings' goal kept the ball out, with Lelona Daweti also hitting the upright with a diving header.

The Malabo Kings electric start was due to their towering and powerful forward Drepora Gbogou but was marked out of the game, reduced to tears as she was substituted late in the second half having had little effect on proceedings.

The Sundowns Ladies will now do battle against Hassacas Ladies from Ghana, who defeated Morocco's ASFAR 2-1 at Al Salam Stadium in the other semifinal match on Monday.

The final will be played in Cairo on Friday at 7pm SA time.