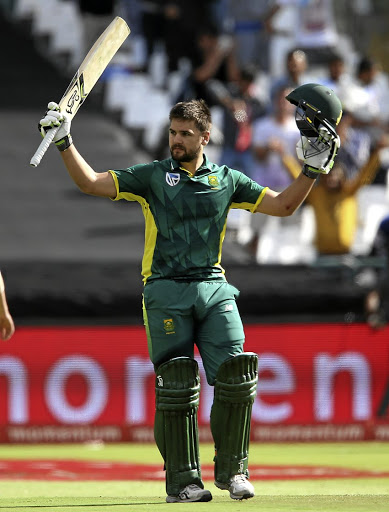 In 2017 Rossouw stunned the Proteas and former coach Russell Domingo when he ended his international career by signing a three-year deal with English county Hampshire as a Kolpak player.

When he ended his international career, Rossouw had played 36 ODIs and 15 T20s for SA, but Donald says he still has a lot to offer to the Proteas in white ball cricket.

“I can tell you that he is committed and he wants to play for SA again, he absolutely does,” said Donald, who coached Rossouw at the Knights during the recent CSA T20 Challenge.

“He was the CSA T20 Challenge batter of the tournament and added a lot of value to the younger batters. He helped us when it came to sharing information that he has acquired in white ball cricket because he plays in all the T20 leagues around the world.

“When we knocked at his door to come and help us at the Knights, he didn’t even hesitate for one second. He just said 'I would love to come back and play for the team again'.

“We spoke about his possible involvement with SA again and he said 'absolutely'. He wants to do it again, he is hungry and he is playing well at the moment.”

Former Proteas captain Shaun Pollock has been inducted into the prestigious ICC Cricket Hall of Fame.
Sport
8 months ago

Donald said Rossouw, who together with former Proteas captain Faf du Plessis will be playing in the Abu Dhabi T10 tournament from this week, is one of the SA players who are close to matching AB de Villiers' prowess.

“He is off to the T10 tournament in Abu Dhabi and Dubai, but he is available for us for all white ball formats. It is nice to know that he is going to be available for the Knights.

“Rilee Rossouw is a magnificent player and if there is one player who can get close to what AB de Viliers can do, it is him because he has all the shots in the book. He can go either side, all around the ground and he is just a magnificent player. The fact that he wants it big time is a huge plus for Mark Boucher and the selectors.

“He is only committed to white ball and not red ball. I think most youngsters in the class of Rilee Rossouw commit themselves in all these leagues now, and you can’t blame them.”