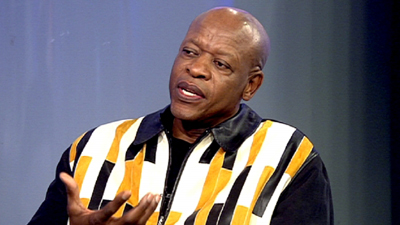 Poet and activist Mzwakhe Mbuli is planning a march to the SABC's headquarters in Auckland Park to demand the reinstatement of popular sportscaster Robert Marawa as a radio host.

Marawa did not have his contract for his hugely popular Marawa Sports Worldwide show on Metro FM and 2000FM renewed in July, with the SABC citing financial reasons.

Mbuli compared Marawa to international interviewers such as Larry King and Oprah Winfrey in his ability to delve into the issues in sport in SA.

He said Marawa was known for holding “the untouchables” in sports administration accountable, and played an important role in exposing racism, corruption and maladministration in sport, comparing him in this aspect to former public protector Thuli Madonsela. Mbuli said Marawa's impact was greater because he had such a huge radio audience.

What you said: Fans want Robert Marawa back on SABC airwaves

Football fans are calling for the return of sports presenter Robert Marawa to the SABC airwaves after his sacking last week.
Sport
3 months ago

Mbuli wrote a song dedicated to Marawa on his last album, Vuka Darkie, which was released in January.

“For many years we have known names such as Larry King Live, you have got your Oprah Winfrey,” Mbuli told TimesLIVE. “Larry King was old and frail, but Marawa is at his prime. You would have sports commentators from various radio stations, but none could match Robert Marawa.

“He even did something unthinkable of being on two radio stations at the same time. There's no doubt he commanded so much listenership.

“He would deal with Grand Prix to rugby to soccer. And recently, single-handedly, he exposed racism in cricket that led to an inquiry [Cricket SA's Social Justice and Nation Building hearings].

“If you wanted to know more about Irvin Khoza or Kaizer Motaung, Marawa was there for you. He would make sure those guys were there [on his show]. I know there was a time that Pitso Mosimane was reluctant to go on his show, and eventually he reconsidered.

“If you win a cup, whether it's the Springboks or the Proteas, we would know that on Monday the coach and the players would be on his show.

“ ... But what worried many people while he was there was that he would take on the big guns. He would go for the untouchables. The role Marawa played was similar to Thuli Madonsela. He would deal with human rights issues, with players unfairly dismissed or underpaid.

“Few would do that. There was the [late SABC news anchor] Leslie Mashokwe, [late radio host] Jon Qwelane.

“ ... I'm just saying let us not be reminded of Cain and Abel, Judas Iscariot and Julius Caesar, anything that happens today we can always refer the ancient. We cannot allow people to stab Robert Marawa and when he has passed on that's when people would celebrate him.

“Marawa was in ICU for three weeks this year, which was Covid-19-related. He was given a second chance. We cannot then kill Robert Marawa a second time while he is alive.”

Safa not happy with Marawa's departure from the SABC

Safa has joined many unhappy South Africans in openly condemning the unpopular decision by the SABC not to renew the contract of sports presenter ...
Sport
3 months ago

Mbuli suggested it is his belief that it was Marawa's outspokenness that cost him his platform.

While a cultural icon fighting such a battle on behalf of a sportscaster seems unusual, Mbuli said speaking for the voiceless, and for the public, has been his trademark since he fought apartheid.

Mbuli said he expects, through Marawa's high profile and his own, to be able to get a high turnout for a march to Auckland Park.

“We will — there's no doubt. I think I can feel free to tell you, because we are not discussing terrorism here,” Mbuli said.

“We are going to choose a Saturday, because once you do it in midweek people will say they are at work. A Soweto derby is not held in midweek. We will choose a date on a Saturday.

“And there have been a lot of discussions where people have said don't make it SABC in Gqeberha, Polokwane or Durban — it has to be at Auckland Park.

“We will apply to JMPD [Johannesburg Metropolitan Police Department], SA Police Service and adhere to all the rules, and explain how many are expected, but we are proposing a total shutdown.”

The SABC, in a written statement, responded: “The SABC has noted with concern the misleading and false statements made by Mr Mzwakhe Mbuli and Mr Eugene Mthethwa.

“The first issue raised in their statement is the call to reinstate Mr Robert Marawa. The organisation will once again categorically state that Mr Marawa’s three-year contract came to an end on 30 July 2021 and was not renewed.

“He was at no point fired nor was his contract terminated before its end. The misleading narrative that Mr Marawa has been ‘targeted, silenced, marginalised, sidelined from the airwaves by the SABC’ is devoid of any truth.”