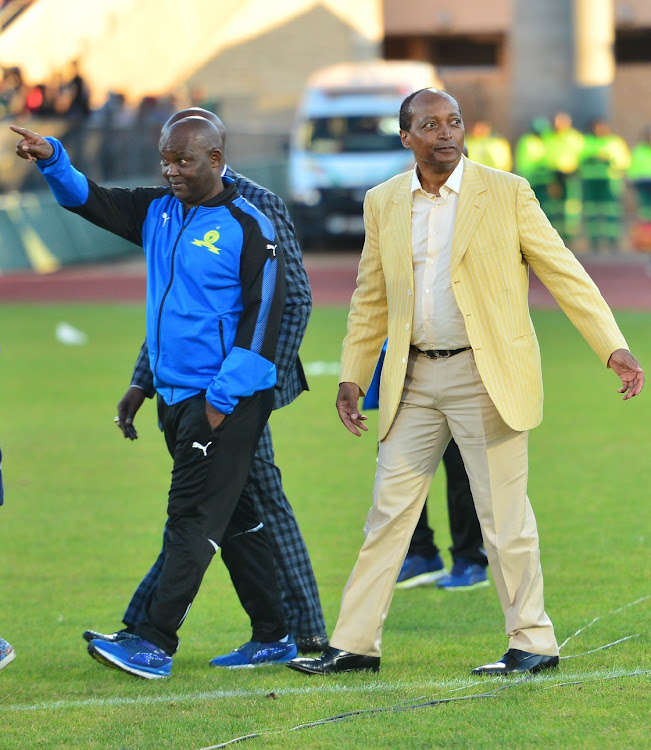 The Pitso Mosimane gift road show is expected to arrive at Mamelodi Sundowns’ headquarters at Chloorkop on Thursday.

Mosimane, through his management company run by businesswoman and wife Moira Tlhagale, is on a countrywide road show in which the Al Ahly coach is delivering gifts to Premier Soccer League (PSL) clubs.

Tlhagale and her team at MT Sports are delivering packages from Mosimane to all the PSL clubs, the league itself and the SA Football Association (Safa) to thank them for their contributions to his playing and coaching career.

“I’ll need to confirm but I spoke to Mamelodi Sundowns chairman Thlopie Motsepe and he said we can make the delivery probably on Thursday,” Tlhagale told TimesLIVE on Thursday while she continued with the road show.

“I need to call them again to confirm the slot. We are working with all the clubs in line with the slots they are giving us and sometimes it is very difficult because the slots we get are clashing, but we are trying to manage that situation.”

Our visit to @KaizerChiefs to deliver a gift on behalf of @TheRealPitso . Thank you to the Chairman, Mr Kaizer Motaung, for the warm welcome and for continuously uplifting South African football. #PitsowaLeboga#ChangingTheGame pic.twitter.com/Mzedx1zDWO

Our final stop led us to @RoyalAM_FC to gift the president of the club, @kwa_mammkhize. What a delight it was to finally meet you and relay Coach @TheRealPitso’s message. #PitsowaLeboga #ChangingTheGame pic.twitter.com/CafnRDq9W0

“People must remember coach Pitso Mosimane has a huge history with Mamelodi Sundowns and with SuperSport United. To mark this event, SuperSport are bringing the whole team.

“We are not ending here. There is going to be a big surprise but people must be patient for that one.”

“This is just to thank them for their contribution towards me and football in SA. This is just to acknowledge the work done [because] without you I ...
Sport
2 weeks ago