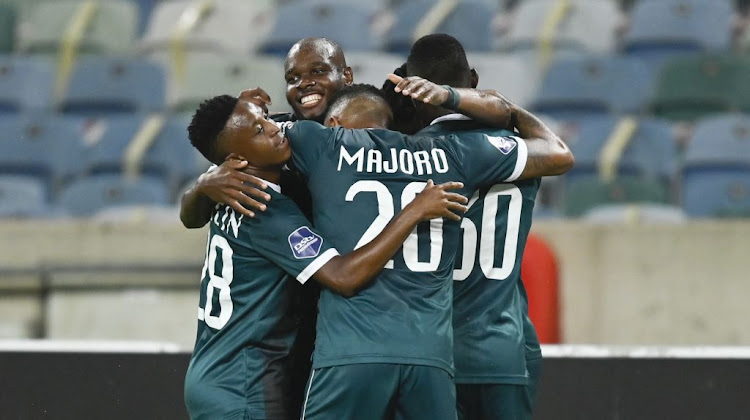 AmaZulu coach Benni McCarthy wants his side to beat top-placed teams like Stellenbosch, FC who they meet at the Danie Craven Stadium on Saturday, to show that they’re capable of climbing the DStv Premiership log table after an indifferent start to the 2021-2022 campaign.

Usuthu, who surprised all and sundry in local football after finishing second with McCarthy last season, have been blowing hot and cold this season with only three victories and five draws in ten matches to remain in the eighth spot and 11 points behind log leaders Mamelodi Sundowns.

McCarthy believes beating a team like Stellenbosch, who are second and five points behind Sundowns, will boost their chances of repeating what they did last season.

Like Sundowns, Gavin Barker’s team are unbeaten this season but McCarthy insists they can be the first team to inflict that defeat on the Stellies in a match that kicks off at 3.30pm on Saturday.

AmaZulu coach Benni McCarthy has been fined R200,000, with R150,000 suspended, for slamming the performance of the referees in a post-match interview ...
Sport
2 weeks ago

“They (Stellies) have a very consistent team and they don’t change their team often,” McCarthy said of Barker’s team.

“They’ve been amazing so far and I want to give credit to the coaching staff and for the club in sticking to what has been something that was put together and it looks like it’s paying its dividends now because you see that they’re second in the league.

“So yes, they’ve been doing very well and we know it’s going to be an extremely tough challenge, tough game away at Stellenbosch, but it’s a challenge that we’re up for.”

After beating Cape Town City 2-0 with Augustine Mulenga’s brace before going to the international break, McCarthy believes they can follow that up with victory against Stellenbosch on Saturday.

“We want to get ourselves in among the top four and the tough games and tough challenges is what we have to face to be in the top,” said the former Bafana Bafana striker.

“We’ve got to beat the ones at the top and Stellenbosch at the moment is occupying that space and I think it’s a space that we want.

“We’re going to go out there and we have to be at our very best to compete for 90 minutes just to be better than them on the day. That’s the only way we’re going to come away with a positive result or even a victory.

“But it’s going to be a very interesting, tough and competitive game. It’s a game that we’re looking forward to for the challenge (it presents).”