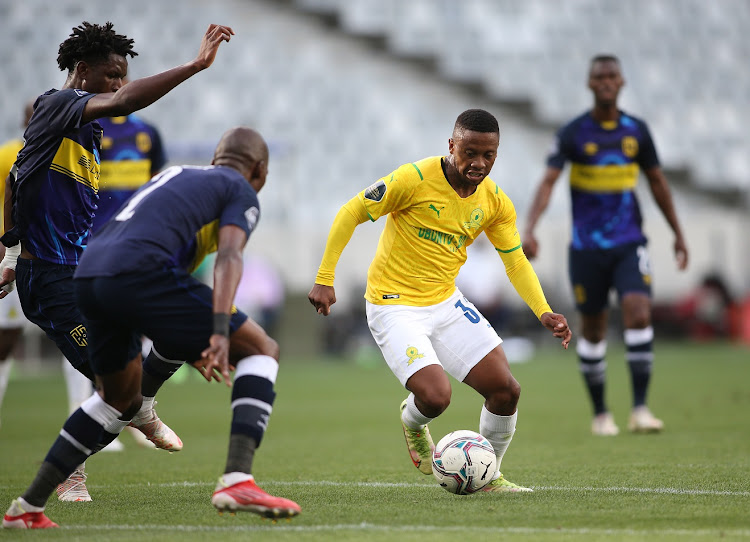 Holding Mamelodi Sundowns to a draw these days can be worn as of a badge of honour, and Cape Town City have done it twice in regulation time in two matches, the two teams sharing Saturday's DStv Premiership matchup 0-0.

Eric Tinkler's City, edged on penalties in the MTN8 final late last month by Sundowns after a 1-1 scoreline at the end of extra time, again proved a tough nut to crack for the rampant Brazilians of coaching trinity Manqoba Mngqithi, Rulani Mokwena and Steve Komphela.

This time, at their home Cape Town Stadium, City — who had come to life late having absorbed pressure in the October 30 cup final at Moses Mabhida Stadium — matched Downs even more convincingly.

Tinkler's men dominated periods of the game roughly in proportion with league leaders Downs in a tactical and tight matchup.

Champions Mamelodi Sundowns' juggernaut towards an unprecedented fifth successive Premiership title takes a back seat for the next two weeks as focus ...
Sport
3 weeks ago

Against a Sundowns now unbeaten in 18 league matches, and who had won their last seven, it was another respectable result for City against the four-time successive champions, suggesting the Cape side are well on their way to improving their ninth placing the result left them in.

Chances were hard to come by in the opening half as the two teams played sophisticated but cautious football to rigid patterns.

On a break from a corner, a single pass upfield from City midfielder Bradley Ralani on the half-hour released Fagrie Lakay to advance into the area on the right, miscuing a low shot across the face.

The Citizens retained possession from the movement, Mpho Makola chipping across to Lakay in space in a similar position, who this time connected hard at goalkeeper Denis Onyango.

Sundowns had the best chance of the half moments later when Haashim Domingo's free-kick was struck with venom at the top-right corner and kept out by the save at full stretch of diving goalkeeper Hugo Marques.

The two teams continued to spar cautiously in the second half, and both landed jabs.

Cape Town City coach Eric Tinkler says it bodes well for the DStv Premiership and Bafana Bafana to have four SA teams progressing to the next stage ...
News
1 month ago

Just back from the break Downs left-back Divine Lunga cut in from an overlapping run and teed up a low strike by Domingo that forced a stop from Marques. Thabiso Kutumela's free-kick from the left of the box found the head of Lunga to steer wide at the near post.

City wrested back the advantage, right-back Thamsanqa Mkhize's chip finding the big frame of substitute Zimbabwean striker Douglas Mapfumo, who could not get the power on his header to beat Onyango.

Crisp and clever interplay between Lakay and debutant midfielder Taahir Goedeman saw the latter able to turn and force a sharp save from Onyango.