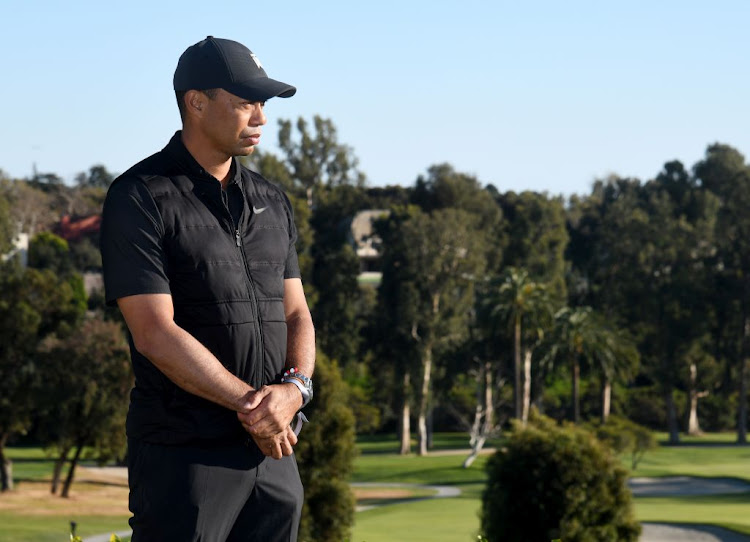 Tiger Woods after the final round of the Genesis Invitational at Riviera Country Club on February 21 2021 in Pacific Palisades, California.
Image: GETTY IMAGES/ HARRY HOW

“Making progress,” Woods wrote in the caption to his Twitter post, which marked the first time he has been seen swinging a club since the February accident.

The video will boost hopes the 45-year-old American can return to competitive golf after the accident raised doubts about whether he could make another comeback.

He previously had to take time out from the sport following injury setbacks, including surgery on his back five times.

“We love to see it,” the US Ryder Cup Team official Twitter account said in response to the video.

“Keep going @TigerWoods. We’re all cheering for you.”