Benni McCarthy: ‘We try to ask for consistency and players to be professional’ 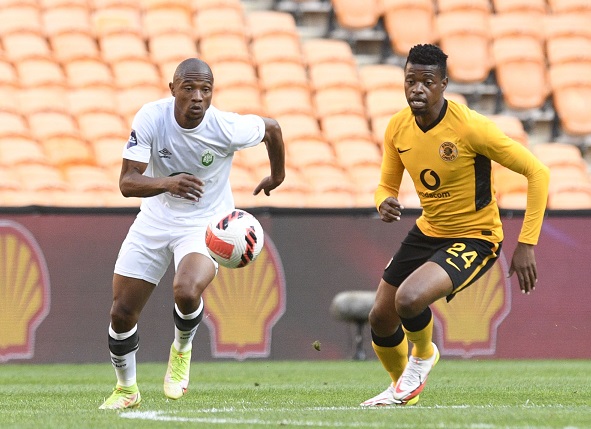 AmaZulu coach Benni McCarthy says too many players in his squad perform well in training but do not carry that through to match performances.

AmaZulu “could have walked away with three points” in their 1-1 draw against Kaizer Chiefs at FNB Stadium on Wednesday night where both teams ended with 10 men, he said.

McCarthy admitted AmaZulu were not in the game until Chiefs midfielder Cole Alexander's 60th-minute dismissal allowed him to take his forwards off the bench, and Bonginkosi Ntuli scored the 77th-minute equaliser.

Kaizer Chiefs will know that they can get themselves back into the title race reckoning if they can get a third DStv Premiership win in succession ...
Sport
1 week ago

“Maybe we as coaches miss something, because if you come to our training sessions you will not say that's the same team,” McCarthy said after a match in which Usuthu also had centreback Samkelo Mgwazela sent off in the 85th.

“Because in training they are unbelievable. And then when it comes to game time the training mask comes off and then the match-day mask comes on, and then we're playing second-best to every team.

“When you do that there's not much you can do. Because tactically we're organised and we give the players every bit of information about the opposition they need.

“But we've just got this inconsistency about the team at the moment that's out of our grasp [to solve]. And you try to rotate and put this player on because he trains well. But come match-day you get that performance that disappoints you.

“When you're [a player] constantly not performing to the level that you should, as a coach, you can only take that player out, and then when the next player also gives you a below average performance what can you do? You're going to end up going through the whole squad and not having players you can rotate.

“So we try to ask for consistency and these players to be professional. This is their job, they get paid for it, so the bare minimum they can do is be consistent about their performances.

“We're not saying you must have a 'worldie' every game, because we know that's not possible — not even Lionel Messi or Cristiano Ronaldo have that, unless you're maybe Mo Salah at the moment.

“You can excuse when a player is not having the greatest game but still gives the team what's needed to get the three points.”

Kaizer Chiefs coach Stuart Baxter was disappointed his team put in a visibly loose performance all-round in their 1-1 DStv Premiership draw against ...
Sport
1 week ago

“But at the moment a few of our players are not doing that, so you're trying to win a game with six players playing to their good levels and the other five are maybe hoping the six players will carry them over the line.

“So it's impossible for coaches to win football matches because we only instruct on the sideline — players are on the pitch.

“If their performance is below par there's not much you can do. You can only change it on the training pitch and that's not happening at the moment.

“But listen, we go through bad moments and hopefully once we start finding our rhythm we can salvage and get ourselves back into a decent position. We're a fantastic team, we've got great players, so we should be doing better.”