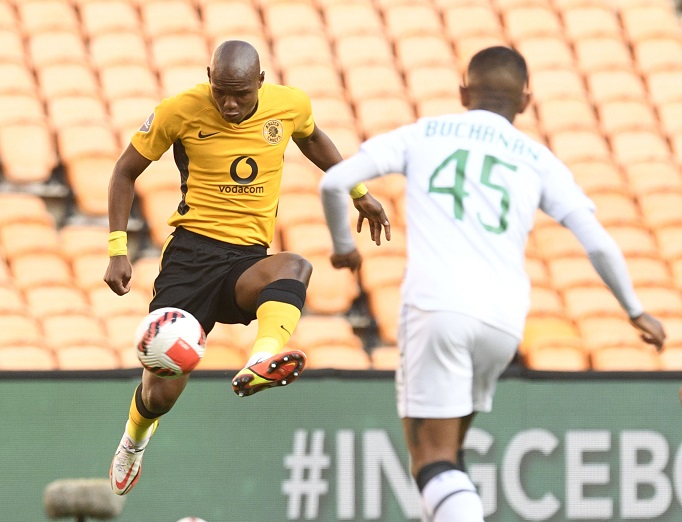 Njabulo Ngcobo of Kaizer Chiefs is challenged by Keagan Buchanan of AmaZulu in the DStv Premiership match at FNB Stadium on November 24 2021.
Image: Sydney Mahlangu/BackpagePix/Gallo Images

Kaizer Chiefs coach Stuart Baxter was disappointed his team put in a visibly loose performance all-round in their 1-1 DStv Premiership draw against AmaZulu at FNB Stadium on Wednesday evening.

Chiefs appeared to have control of defending a lead gained through Keagan Buchanan's 20th-minute own goal.

Baxter said even before Cole Alexander's red card for a second bookable offence in the 60th allowed Usuthu coach Benni McCarthy to throw in forwards off the bench — one of whom, Bonginkosi Ntuli, earned the 77th-minute equaliser — Chiefs did not respond to a halftime instruction to be braver on the ball.

Baxter took some time to attend the digital post-match press conference, saying: “We had quite a long talk in the dressing room.”

Ten-man Kaizer Chiefs allowed an opportunity to reduce Mamelodi Sundowns' imposing DStv Premiership lead slip though their hands when they spurned a ...
Sport
7 months ago

Asked if he could reveal the gist of his post-match debrief to the players, the coach said: “I don't usually divulge what goes on in the dressing room but you're [the media] not fools, are you?

“I wanted to re-establish the supporting walls of the building in terms of mentality towards the game and technique, and being brave on the ball and brave off it. To re-establish that and reset what they know already about what we ask of each other.

“It was mainly that, with maybe an emphasis on a few words.”

Baxter was disappointed Chiefs were unable to respond to his halftime instruction to be braver on the ball. There was added disappointment that Amakhosi could not capitalise on leaders Mamelodi Sundowns spurning a 2-0 lead to be held 2-2 by SuperSport United, and Chiefs could also have gone to second place due to Orlando Pirates beating Stellenbosch FC 3-0.

Chiefs, in fifth, nonetheless have had a strong rally from their battling start to the season. They began with one win from their first six league matches. They have lost once in their last eight, and won four from six.

Amakhosi coach Baxter admitted it was far from champagne football as his team toughed out a DStv Premiership win at Harry Gwala Stadium on Sunday.
Sport
7 months ago

Baxter was asked if, despite the AmaZulu result, he feels his team might be hitting form at the right time.

“But I don't want to include tonight in a good run. Tonight I'm hoping was an anomaly and it'll be back to the drawing board and, when you consider all the injuries, red cards, suspensions and illnesses, we'll put together a team and have a game plan for Swallows and get back on the right track.”

Baxter said it is his task to establish why Chiefs did not respond to his halftime request to be braver in possession.

“Was it over-enthusiasm, complacency, tiredness? Was it lack of concentration, was it poor technique? I've got to go through it in my mind and work it out,” he said. “But it was a poor second half from our side.”