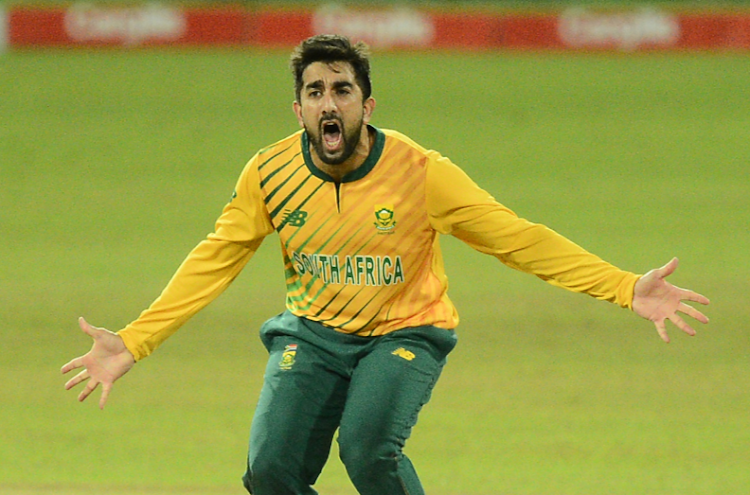 The mantra coming out of the South African camp this week has been that of not undermining minnows Netherlands, and spinner Tabraiz Shamsi on Thursday reiterated that they must be careful of a potential banana skin.

The Proteas take on the less fancied Dutch in the first of three ODIs at SuperSport Park on Friday in this important series that is part of the ICC Men's Cricket World Cup Super League.

“To be honest, I don’t think there is much different whether we play against India, England or the Netherlands,” said Shamsi. “Every game is an opportunity to establish yourself and put in performances. It is another international match, so for me personally and for the rest of the team with the chats that we have had, we don’t really have to change anything whether we are playing against an associate team or one of the bigger teams.

“It is another game of international cricket and another opportunity to try to win a game of cricket for your country.”

Stand-in Proteas captain Keshav Maharaj has emphasised the significance of winning the three-match ODI series against minnows the Netherlands, ...
Sport
1 week ago

The Netherlands team has five players who were born in SA, in the form of Roelof van der Merwe, Colin Ackermann, Stephan Myburgh,  Brandon Glover and uncapped Clayton Floyd.

Among the back room staff, they have mentor Ryan ten Doeschate, and Shamsi believes they will have something to prove coming up against their country of their birth.

“They have a few guys who are South African in the squad and I am sure they are going to have a point to prove,” Shamsi said. “And with the Super League having been scrapped (from after the 2023 World Cup), this is probably their last opportunity to make a statement — but for us we want the points for World Cup qualification.

“It is going to be a good challenge, they are obviously going to be up to the fight but so are we because we have some new guys in the squad. That’s a lovely opportunity for all of us to put in performances and to put our hands up.

“As you have seen, we have a World Cup basically every year and we always want to win but the simple thing is to prepare as best as we can.

“We can’t take these guys lightly because they have quality players in the squad, they have a lot of guys who have been playing county cricket as well but we are definitely not slacking off.

“Just looking at the opposition, they have some quality players in their squad and we will have to be at our best to beat them and get all the Super League points.”