How Kaizer Chiefs star midfielder Khama Billiat got his groove back 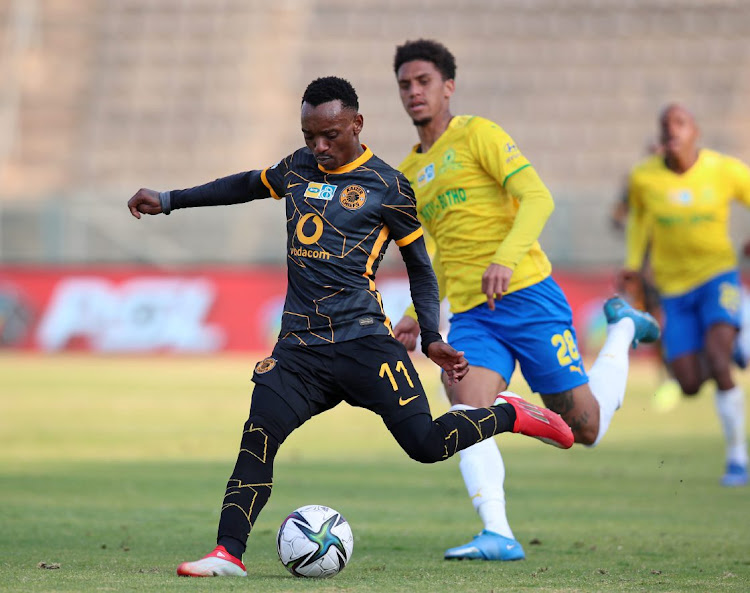 Kaizer Chiefs' ascent to second place on the DStv Premiership standings behind defending champions Mamelodi Sundowns has coincided with the revival of key midfielder Khama Billiat.

Billiat is among the standout performers of the season like Neo Maema and Peter Shalulile of Sundowns, Given Mashikinya of Royal AM, Bongokuhle Hlongwane of Maritzburg United and Teboho Mokoena of SuperSport United.

In his 12 league matches for Amakhosi this season, the former Zimbabwean international has banged in four goals and provided five assists to establish himself as a key member of coach Stuart Baxter's side.

Before he found his groove in the league, Billiat started the campaign with a goal in open play when Chiefs lost 4-3 to Sundowns on penalties during the quarterfinal stage of the MTN8 after the match was tied on 2-2.

Kaizer Chiefs coach Stuart Baxter says he had to rest some players against Swallows as he was aware of the pressure on the squad with matches coming ...
Sport
5 months ago

Former Bafana Bafana defender and respected football analyst Matthew Booth said Billiat is finally flourishing because the environment has improved at the club with arrival of new players.

“It was very difficult for him to flourish, especially last season, if you consider the environment where the club could not sign players,” said Booth.

“He also struggled to settle down because they played with younger and inexperienced players, which made it difficult for him to come out of his shell and show his qualities.”

Booth added that Billiat’s sparkling performances can be attributed to the arrival of  quality players like Keagan Dolly.

“If you look at Paul Pogba when he arrived at Manchester United, for an example, the pressure on him to perform was immense and he wasn’t able to lift the team. But as soon as Bruno Fernandes arrived and there was some quality around him, all of a sudden he lifted his game.

“There was a massive difference between Pogba at Man U and Pogba with the French national team. He played exceptionally well for France and before Fernandez arrived at Man U he was poor and average.

“Similarly with Billiat, the arrival of Dolly has helped him and there is synergy between the two because they played together at Ajax Cape Town and at Sundowns.”

Kaizer Chiefs coach Stuart Baxter was disappointed his team put in a visibly loose performance all-round in their 1-1 DStv Premiership draw against ...
Sport
5 months ago

Booth also noted that the unusual defensive playing system of Chiefs allows the likes of Billiat to thrive.

“Chiefs have become more defensive in the midfield to protect the two centre backs and that has led to a healthy pressure on Bernard Parker, Billiat and Dolly to carry the team from an attacking perspective.

“Though it is not a typical style of Chiefs that we are used to, but they have three defensive minded midfielders in Phathutshedzo Nange, Cole Alexander and Njabulo Ngcobo.

“It reminds me a bit of Joel Santana when he played Kagisho Dikgacoi, MacBeth Sibaya and Benson Mhlongo in the midfield for Bafana Bafana.”