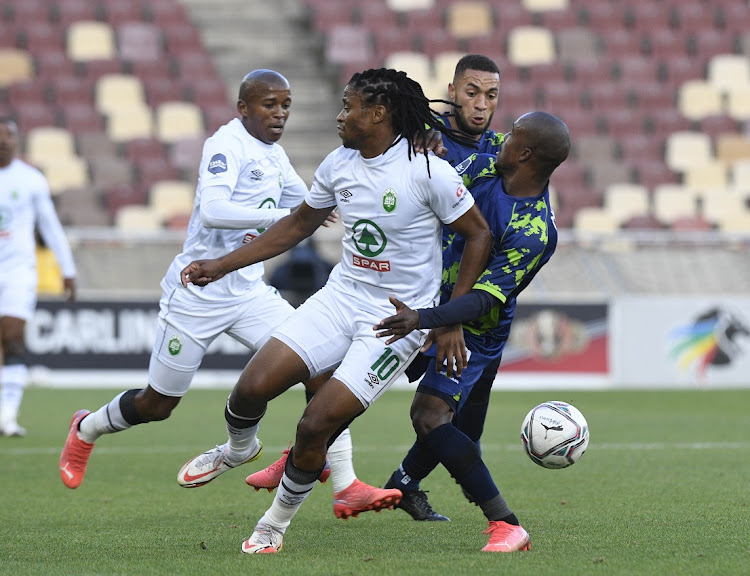 The result ended Usuthu’s run of seven consecutive draws and lifted them to fourth in the table.

Sikhakhane glanced a header into the net in the 87th minute from a free-kick from Keagan Buchanan, who had troubled Gallants all game with his deliveries into the box, but up until then had watched his teammates waste the chances he had created.

It is a first win for AmaZulu since a 2-0 victory over Cape Town City in early November, and a first defeat for Gallants coach Dan Malesela in his seventh game in charge.

It was in truth a spectacle that never reached any great heights between two weary sides in the midst of a hectic fixture schedule that appears to be taking its toll.

Benni McCarthy: 'I hope Chiefs don't get punished for something happening in the world'

AmaZulu coach Benni McCarthy has said that he hopes Kaizer Chiefs do not get punished for a situation beyond their control where the Soweto giants ...
Sport
5 months ago

AmaZulu have now played six games in the last 20 days, while for Gallants it has been even more taxing, having featured in seven matches in the same period, including a trip to DR Congo to face TP Mazembe in the Caf Confederation Cup.

And the two sides are not done yet before the long break for the festive season and Africa Cup of Nations. By a quirk of the fixture list both must still play Mamelodi Sundowns and Orlando Pirates next week in two more matches each on Monday and Thursday.

The run of games made for some heavy legs and certainly hurt the contest with both sides below their best.

The less said about the first half the better, with the fact that the closest the game came to a goal was a bizarre moment just before the break summing up the opening 45 minutes.

Gallants goalkeeper Washington Arubi was forced to make a save when Usuthu striker Bongi Ntuli clipped a 40-yard pass to him in a bid to return the ball to the home side after they had put it out after an injury.

But the pass began dipping under the crossbar and needed the intervention of a fuming Arubi, who had to clip it over the woodwork. AmaZulu had a corner but sportingly gave it straight to the keeper.

The only other moment of note came as Luvuyo Memela danced his way past two defenders in the Gallants box and laid on a chance for Lehlohonolo Majoro, whose sidefooted shot whistled just the wrong side of the post.

Arubi saved well from Memela’s header from Buchanan’s free-kick, while at the other end Neil Boshoff, in the team for the absent Veli Mothwa, saved low to his left from the lively Katlego Otladisa.

The decisive moment came on 87 minutes as Buchanan provided yet another excellent delivery and, with three players queuing up at the back post to attack the ball, Sikhakhane got the touch to leave Arubi stranded.

It was a first goal in 185 professional appearances for the right-back since he made his debut for Lamontville Golden Arrows in the 2012-13 season.