If Messi, Ronaldo finish like that, people talk about it, says McCarthy of Mulenga's goal 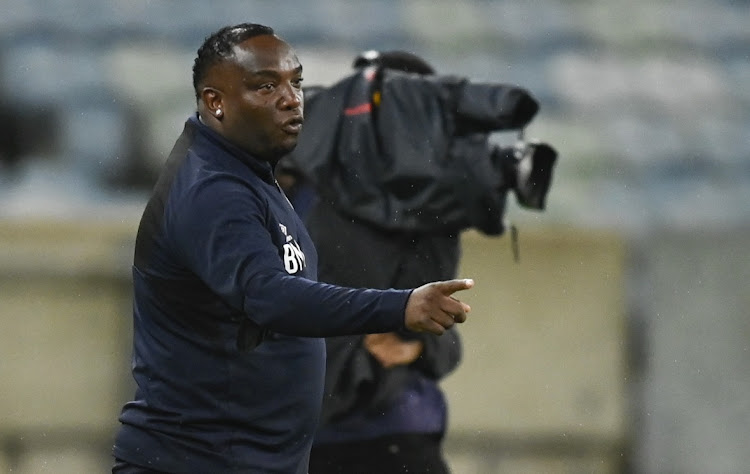 Benni McCarthy said his team's tactic was simple — stop Sundowns down the middle and try to hurt them on the counterattack — after AmaZulu inflicted the first DStv Premiership defeat of 2021-22 on the Brazilians on Monday night.

Usuthu, who bounced back from seven draws in succession with a win away against Marumo Gallants on Saturday, went to a second victory in a row at Kings Park in Durban thanks to substitute Augustine Mulenga's 75th-minute strike.

It was Sundowns' first defeat in 29 matches in all competitions since a Caf Champions League loss against African champions Al Ahly in Cairo on May 15.

McCarthy said veteran forward Bonginkosi Ntuli was instrumental in tiring Downs' back four, then the fresh legs of Mulenga killed off the Brazilians.

Sundowns coach Mokwena: Zwane ‘has qualities that belong to the best in the world’

Themba Zwane is not just world-class in ability, but also the manner in which he complements his talent, like the best players in the world do, says ...
Sport
5 months ago

“It was a really hard-fought game from my team and wasn't our usual style of play because we were up against a team who are exceptionally good at moving the ball, opening the opposition and penetrating through the middle,” McCarthy said.

"[That's] because of the system they play, where they have six players almost all in midfield. The two holding midfielders, the wingers who cut in — Themba Zwane and Sphelele Mkhulise — and then the two strikers too, and they leave the space open for the full-backs to exploit.

“But our focus was more on stopping them from getting through because we're pretty sure about our aerial ability and can defend crosses, but that's not the kind of game Sundowns want to play.

“So I think tactically we got it right and restricted Sundowns from playing where they are most dangerous, through the middle.

“And once we got that we had opportunities on the counterattack and the breakaway to really hurt them. And I think then it was just our efficiency [lacking], where we don't get the right final touch in the 18-area.

“There were a few breakaway opportunities where we had Luvuyo Memela with a good moment, Ntuli, and the final touch disappointed. But we gave them something to think about, that we were dangerous on the counter.”

Ndah injury unsettled Pirates in hammering by Sundowns, but 'that's no excuse'

Orlando Pirates co-coach Fadlu Davids said the injury to centreback Olisa Ndah coming back for the second half with the scores at 0-0 was disruptive ...
Sport
5 months ago

After the scores were level at the break, McCarthy said AmaZulu managed the game effectively in the second half.

“And eventually, having [Thembela] Sikhakhane playing right-wing and Thabo Qalinge on the left, which they were worried about with the speed we had up front, I think that's where it really opened up for us.

“By the time Augustine Mulenga came in the game was open because Sundowns were pushing for that goal. We knew that with the pace Mulenga could provide, if he just got into a sprint race with Ricardo Nascimento or Rushine de Reuck, he could beat them.

"[Also] the intelligence of Memela. ‘Section’ Qalinge made a fantastic run, dragging De Reuck wide, and Memela played the perfect pass into Mulenga — and fresher legs, speed, and he was in on goal, and the finish was just unbelievable.

“I think if Lionel Messi, Cristiano Ronaldo, Kylian Mbappe finish like that, people talk about it. So it was a well-worked goal and worthy for us to go into the lead because we had created the better moments until then.”