Squad depleted due to injury, recovering from illness 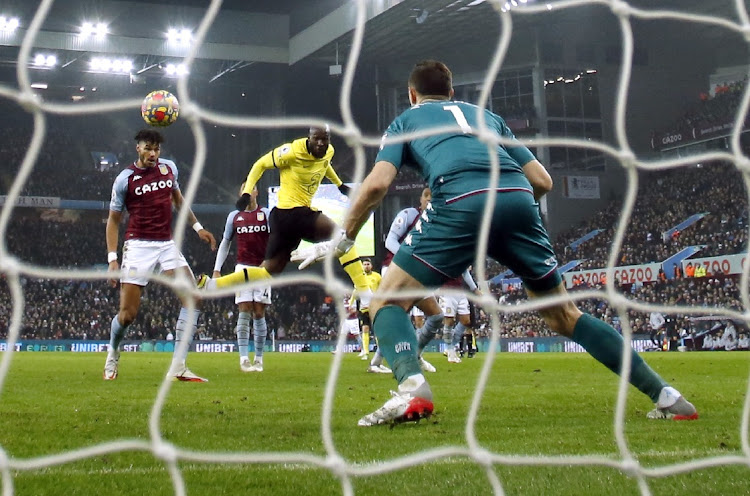 Chelsea manager Thomas Tuchel said he was forced to give some players more minutes than he should have against Aston Villa on Sunday, with both Romelu Lukaku and Callum Hudson-Odoi returning to action after missing the last three games due to Covid-19.

Chelsea secured a 3-1 win at Villa, with Lukaku coming on at half-time and Hudson-Odoi playing the full 90 minutes.

"It is not so easy when you have a long injury, with a body like (Lukaku) and you catch Covid-19," Tuchel said.

"When you read the match sheet and read the names you might think, yes, everyone is there, 18 guys and it is a top squad. But if you look at the details, you see that we are struggling and taking some huge risks.

"Callum (Hudson-Odoi) was forced to play 90 minutes straight after Covid-19 because of injuries during the match and that's the way it is."

Argentina's Lionel Messi won the Ballon d'Or award for the best player in the world for a record-stretching seventh time on Monday, beating Robert ...
Sport
1 month ago

While pleased with the three points, Tuchel was concerned about the players he must pitch back into action over the busy holiday period.

"This is a big reaction and win. At the same time, I am always concerned in the last weeks, I'm concerned for the health and the safety of the players," Tuchel said.

"This is pretty challenging. It's not over just because the names are back on the team sheet. At the moment the situation is very demanding."

The Belgian has not started a league game since picking up an injury in October and missed the last two games after testing positive for Covid-19.

But he transformed his team's display after coming on at halftime at Villa Park, providing a constant threat, putting his side ahead and then earning the late penalty that secured the three points for Tuchel's side.

Third-placed Chelsea, who had drawn with Everton and Wolverhampton Wanderers in their previous two games, are now level with second placed Liverpool on 41 points — six behind leaders Manchester City.

Villa had taken the lead in the 28th minute with some good fortune when Matt Targett's cross struck the head of Chelsea defender Reece James and flew past goalkeeper Edouard Mendy.

The visitor's drew level six minutes later, though, when Matty Cash clumsily brought down Callum Hudson-Odoi inside the box and Jorginho coolly converted the penalty.

Halftime substitute Lukaku made a swift affect, getting in front of Tyrone Mings to angle in a fine, glancing header from a Hudson-Odoi cross to put Chelsea ahead in the 56th minute.

Mason Mount should have added a third but shot wide after Villa keeper Emiliano Martinez had raced out of his area and failed to clear.

Hudson-Odoi should also have done better when he was found in space at the back post but his shot was comfortably dealt with by Martinez.

In stoppage time, Lukaku powered his way from his own half before he was brought down inside the box by Villa defender Ezri Konsa. Jorginho again made no mistake to secure three points.

“I needed a performance like this,” Lukaku said. “It’s been difficult getting (on at) the end of games. I kept working hard. I’m happy with my performance and have to push on,” he said.

Third-placed Chelsea face Brighton on Wednesday, before taking on Liverpool on January 2.