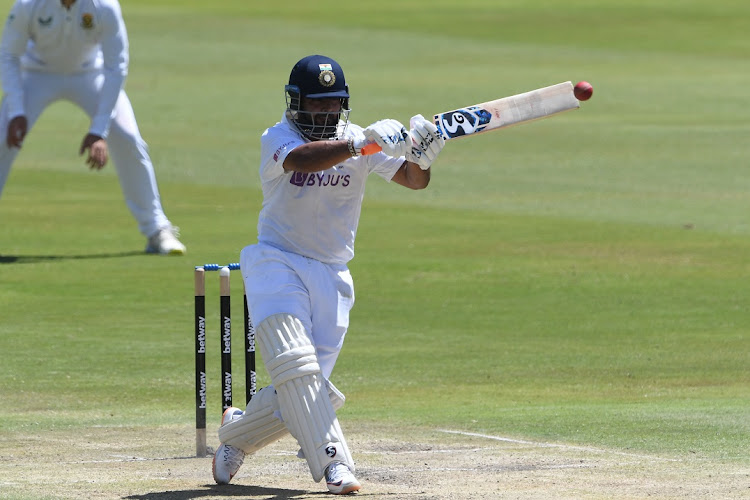 Rishabh Pant of India bats on day four of the first Test against SA at SuperSport Park in Centurion on December 29 2021.
Image: Lee Warren/Gallo Images

SA have been set an imposing target of 305 by India to win the Boxing Day Test at SuperSport Park in Centurion.

The Proteas finally bowled India out for 174 in the second session of day four. The tourists enjoyed a lead of 304, with Kagiso Rabada and Marco Jansen taking three second-session wickets each, while Lungi Ngidi claimed one.

In the second innings, Rabada and Jansen ended with four wickets each while Ngidi took the other two as they ripped through the Indian batting order where Rishabh Pant top-scored with 34.

India’s defence got off to a flying start when Mohammed Shami, who has excelled on this wicket, crushed the stumps of opener Aiden Markram in the second over, Markram  having scored only one run.

The Proteas will resume after tea on 22/1 with captain Dean Elgar on nine and Keegan Petersen on 12 and looking to stay in the middle as long as possible.

India added 63 runs to their overnight score and increased their second innings lead over SA to 209 before lunch of day four of the Boxing Day Test ...
Sport
1 month ago

Earlier in the second session the Proteas returned from lunch to immediately remove Indian captain Virat Kohli (18) when he was caught by Quinton de Kock as he tried to drive through the covers.

As he made his way back to the pavilion, the statisticians revealed that it was the end of a poor return for the Indian batting mainstay as he managed only 536 runs in 19 innings this year.

In this frustrating period, Kohli, who last scored a century about two years ago against Bangladesh, recorded only four half-centuries at a disappointing average of 28.21.

India went on to lose two quick wickets, first Cheteshwar Pujara (16), who continued with his struggles with the bat, when he was caught by De Kock off the bowling of Ngidi.

Pujara was followed by Anjikya Rahane, having scored only 20 runs, caught by Rassie van der Dussen at deep backward square leg off the bowling of Jansen.

Rabada struck again with the two quick wickets of Rishabh Pant and Shami, and Jansen wrapped up the tail by uprooting the middle stump of Mohammed Siraj.