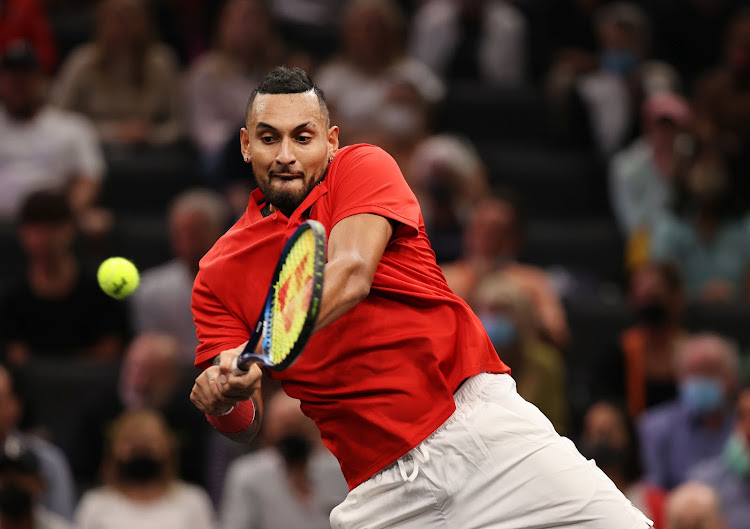 With Roger Federer already ruled out of the Australian Open it would be a disaster if Novak Djokovic and Rafa Nadal do not turn up for the first Grand Slam of the year, Nick Kyrgios said, adding that the sport needs the 'Big Three' to continue playing.

Nadal, Federer and world No 1 Djokovic are tied on a men's record 20 Grand Slam singles titles but there is a possibility that none of them will be in action at Melbourne Park when the first major of 2022 kicks off on January 17.

Federer, 40, has already pulled out after undergoing multiple knee surgeries while Spaniard Nadal has not confirmed his participation as he recovers from Covid-19.

With organisers mandating all players and participants must be vaccinated or have a medical exemption granted by an independent panel of experts, Djokovic has kept everyone guessing by repeatedly declining to say if he has been inoculated against Covid-19.

Norway's Casper Ruud completed the semifinal lineup at the ATP Finals on Friday and will next face another Russian in holder Daniil Medvedev after a ...
Sport
2 months ago

The Serb has said he is opposed to vaccination and Australian Kyrgios, a former world No 13, told Melbourne newspaper The Age that while he did not know what Djokovic's situation is, tennis needs him on the court.

“I hope he's had a good Christmas and I hope he's able to play in the sport for as long as possible, because I've voiced before I think Federer, Nadal and Djokovic need to be (playing)," Kyrgios said.

“If all three aren't there, it's a disaster. It's an absolute disaster for the fans and the people that enjoy tennis.

“Yes, it's obviously a good opportunity for some of the younger guys to come through and make an impact but, as a whole, we do need them to be part of the sport.”

Nadal plans to return at Abu Dhabi exhibition next month

Rafa Nadal is aiming to return from injury at an exhibition event in Abu Dhabi next month before playing another tournament in his buildup to the ...
Sport
2 months ago

The Australian Open has been hit by a series of injury pullouts, with major winners Serena Williams, Bianca Andreescu, Stan Wawrinka and Dominic Thiem all missing out.

Kyrgios, a crowd favourite at Melbourne Park, has not played since late September due to knee problems, slipping to 93rd in the rankings, which ruled him out of contention for the Australian team for the season-opening ATP Cup in Sydney.

The 26-year-old will begin his 2022 season at an ATP 250 event in Melbourne next week and was on Wednesday handed a wild card for the Sydney Tennis Classic the following week.