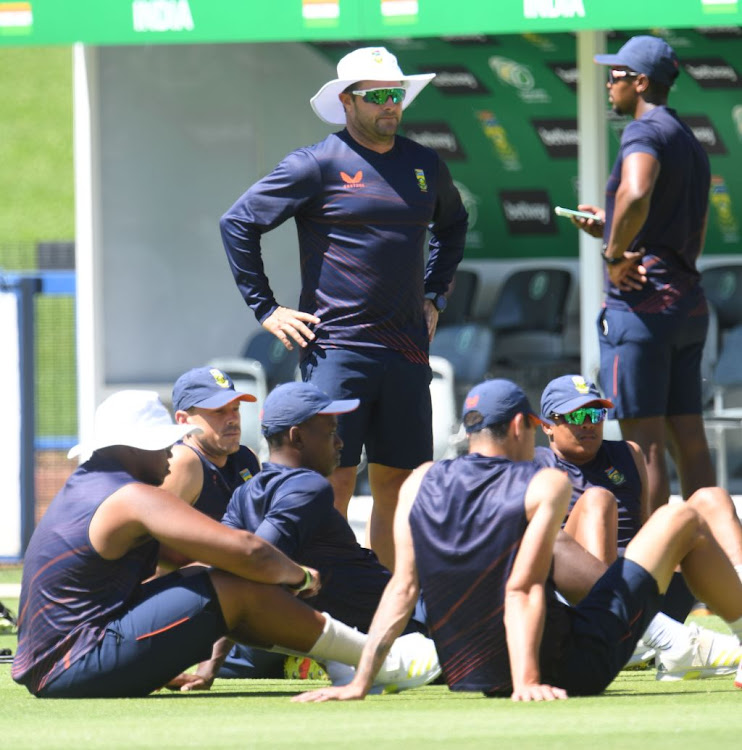 There is no need for panic in the SA ranks but their batsmen need to take more responsibility if they are to fight their way into the series against India, captain Dean Elgar said ahead of Monday’s start of the second Test at the Wanderers.

The home team were beaten by 113 runs in last week’s first Test in Pretoria and if they lose again will concede a home series to India for the first time. “We don't need to panic,” the SA skipper told a virtual news conference on Sunday.

“I still think we've got a lot of capable players even if they are, in the main, quite inexperienced, but they also have to take the responsibility. One or two poor innings with the bat does not make them bad cricketers and backing them is an extremely important thing going forward in Test cricket. That's how you build and grow your Test team.”

Elgar said there had been some “hard conversations” in the days following the first Test defeat where SA failed to get 200 runs in either innings.

“There were definite areas that we spoke about, looking to go back to the basic principles of batting and tightening up on our bowling.”

There may be a change of tactics by SA during the New Year’s Test against India at the Wanderers from Monday, where Keegan Petersen may be moved down ...
Sport
3 weeks ago

SA were also hit by the sudden retirement of wicketkeeper-batsman Quinton de Kock from Test cricket, which Elgar admitted had come as shock. De Kock, 29, gave family reasons for his decision, made within minutes of the first-Test defeat, but will continue to play limited-overs cricket. He was due to miss the second and third Tests in any case because of the imminent birth of his first child.

“I was pretty shocked, I wasn't aware this was going to happen. But sitting down with Quinny that evening and him explaining to me the reason for it, means I very much respect his decision,” Elgar said. “It’s disappointing not having Quinny around and something we need to get over.”

Kyle Verreynne, 24, will replace De Kock as wicketkeeper for the remaining tests but Elgar said no other changes had been decided. He suggested SA would continue to play spinner Keshrav Maharaj along with their seam attack and predicted the Wanderers wicket might be more batting friendly than that at Centurion last week.