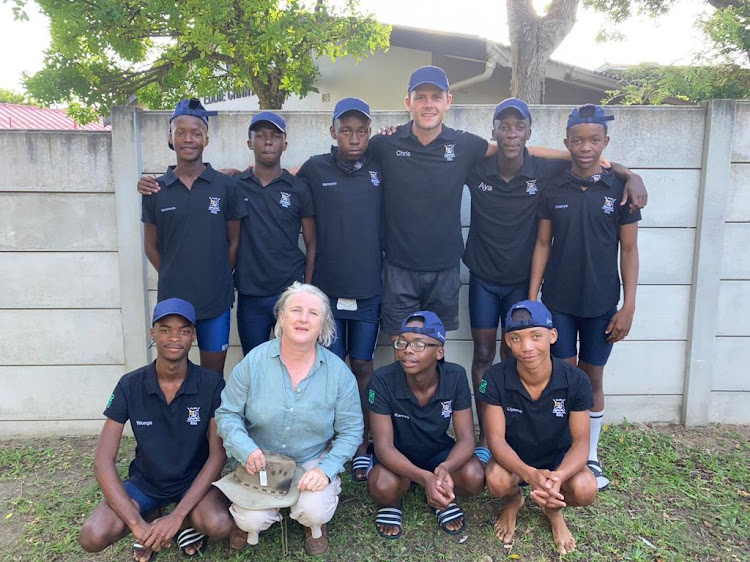 It turned out that her great-grandfather was William Henry Fuller, the grandfather of many sporting clubs in East London. He started the Buffs running, cricket, and football clubs, respectively, and the Selborne Rowing Club, which was the first school rowing club in the country.

Godfrey humbly remarked that she felt she had done the Fuller legacy justice. His ethos of playing it forward and starting other institutions is alive and well through the Buffalo Rowing Club.

Top-class coach turned love of water into a career

Sandile Pakamile is today a highly qualified swimming coach who turned his love for the Chintsa East beach into a career that can take him anywhere ...
News
2 months ago

Godfrey also heads up the University of Fort Hare Rowing Club, Walter Sisulu University Rowing Club, and the Kusile Comprehensive School Rowing Club. Kusile, which recently took part in the South African Schools Boat Race in Port Alfred, is a club that hails from a high school based in Duncan Village. The club is sponsored by Godlyn Rentals and the Buffalo Rowing Club.

UFH and WSU are well known, but not many may know of Kusile Comprehensive.

Earlier this month, when taking part in the prestigious SA Schools challenge, the underdogs arrived in their second-hand boat, kindly donated by British Rowing.

The team, coached by Chris Coleman and managed by Godfrey, took on some of the most highly moneyed titans of the South African Education system. Mostly private institutions, with a few previous model C schools bidding for the title.

While Kusile did not win, they made an unforgettable impression. In their grand finale, they managed to beat Nemato and kept in touch with Hilton, the crew who won their G final.

Several lessons were learned and they are a team to look out for.

Back on the Buffalo River, the team at the Buffalo Rowing Club is working hard in preparation for the renowned Buffalo Regatta, which is hosted by the ELBA (East London Boating Association).

Coach Coleman is part of a team who will be taking part in the event and, according to those in the know, our local boys stand a good chance of winning the regatta.

For more on the Buffalo Rowing Club, email Godfrey at kate@godlyn.co.za.