Maritzburg to put Middendorp under the microscope in meeting 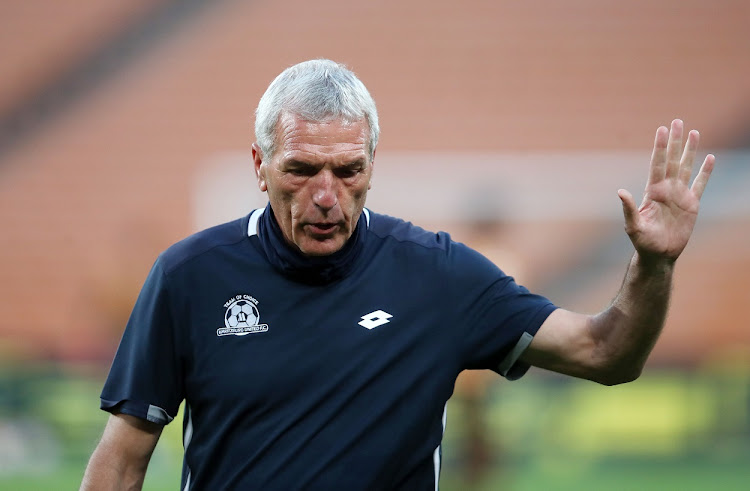 Maritzburg United will put coach Ernst Middendorp's performance in the 2021-22 season under the microscope in a meeting on Thursday, where chairperson Farook Kadodia will ask the coach to instil confidence that the club will not fight relegation this season.

Maritzburg went into the Christmas and Africa Cup of Nations break wallowing in 13th place with three wins from 18 games, plus six draws and nine defeats for just 15 points gained past the halfway stage.

“The meeting is on Thursday. Basically it is that I just need him to give me the confidence that I need in him to take the club forward,” Kadodia told TimesLIVE on Tuesday.

The Ernst Middendorp factor, the renowned research the Maritzburg coach the does on his opponents, and his existing inside knowledge on Kaizer Chiefs ...
Sport
8 months ago

Kadodia said that it was a concern for the club that the notoriously combustible Middendorp has been seen arguing with Maritzburg fans on social media, and made public statements about his squad at United.

“The reality is that the coach should not play the blame game, and point fingers at the players or the team or whoever. It's a team that he assembled.”

Middendorp is in his third stint at Maritzburg, who he famously saved from relegation from a near-impossible situation in the 2015-16 season, where a 3-1 win over Jomo Cosmos on the final day saw Ezenkosi drop to the First Division.

Taking over battling Maritzburg from Eric Tinkler in November 2020, 63-year-old Middendorp steered the club to 13th in 2020-21.

A technically strong coach, Middendorp's conservative tactics and erratic personality have been his downfall at his many clubs he has coached in the Premier League.