Umpires stick to their guns 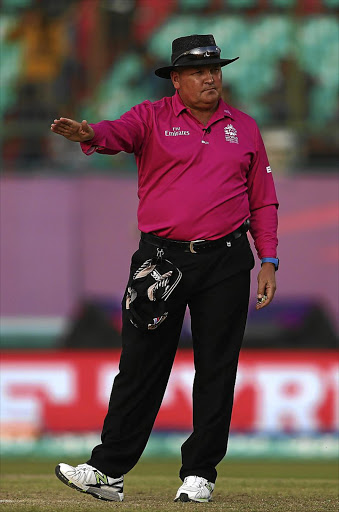 The manner in which he was dismissed just before lunch at the Wanderers would have brought Rassie van der Dussen a bout of indigestion. And for those watching with Proteas tinted glasses on Tuesday, perhaps a serious surge of moral indignation.

SA's No4 was dismissed on the second day of the second Test when he inside edged the ball to India keeper Rishabh Pant off Thakur Shardul, who was hitting all the right lengths from the Golf Course End. Van der Dussen stood curiously but umpire Marais Erasmus raised his finger to bring about the end of the batter's innings and the pre-lunch session. The batsman did not look back to check whether Pant took a clean catch and did not request a review.

However, upon closer inspection via television replays from behind the bowler's arm it appeared as if the ball bounced just before nestling in Pant's gloves. The keeper, who had earlier also claimed a questionable catch, was happy to report another fair take and Van der Dussen by then, perhaps in tune with a sponsor's jingle, "kept walking".

It of course gave rise to the talking point whether the umpires could reverse their decision. They could if done promptly but with the session having come to an end and play to resume in 40 minutes, that option was no longer available.

Nonetheless captain Dean Elgar and manager Khomotso Masubelele made their way to the umpires' room but the decision stood as the officials felt there was no conclusive evidence to warrant a reversal.

Keegan Petersen registered his maiden Test half-century but SA went to lunch under the pump following the loss of three top order batters before ...
Sport
7 months ago

Cricinfo reported Law 2.12 on any reversal of an umpiring decision as: “An umpire may alter any decision provided that such alteration is made promptly. This apart, an umpire's decision, once made, is final.”

The law does not specify what “prompt” means in real time.

In a savage twist later in the day, second slip Aiden Markram claimed a catch that also invited intense scrutiny. India's stand-in captain KL Rahul was given the finger and that decision stood in the absence of evidence that clearly showed the umpires erred.

Rahul shook his head as he departed the scene, perhaps partly too as a result of the clear directions he likely received to the showers from the helpful South African fielders.

Earlier, Van der Dussen's demise was in tune with eventful passages in this Test with the whiff of lunch in the air.

India lost their two most experienced batsmen before the break on the first day and on Tuesday in the half-hour before lunch Elgar, Keegan Petersen and Van der Dussen faced the dreaded long walk up the steps.

While at the crease, Petersen looked a delight as he seamlessly engaged lower and higher gears as the occasion demanded in his 118-ball innings.

He recorded a maiden Test 50, on the back of the diligence that comes from playing with a straight bat, and it was only after he reached that milestone that he allowed himself to luxuriate in the occasion.

Marco Jansen's stock as Test cricketer continued to grow, Kagiso Rabada showcased his enduring quality, while Duanne Olivier reminded of his value to ...
Sport
7 months ago

Economy of movement belies the crispness with which Petersen times the ball, especially when he seeks the extra cover or midwicket boundary. His demise, within the context of the series, and the termination of unfolding spectacle, was greeted with a collective sigh.

He too succumbed to Shardul, who by then had settled into troubling line and length. When the stocky operator was not taking wickets, he was inflicting pain. He hit a forward prodding Marco Jansen on the sternum which for a 71-over old ball proved some chestnut.

Shardul's 7/61 are the best figures in matches between SA and India at the Wanderers. Probing persistently, it was a performance of high merit in the absence of the injured Mohammed Siraj.

His performance restored a sense of parity to the occasion, but now SA has to do it all over again.