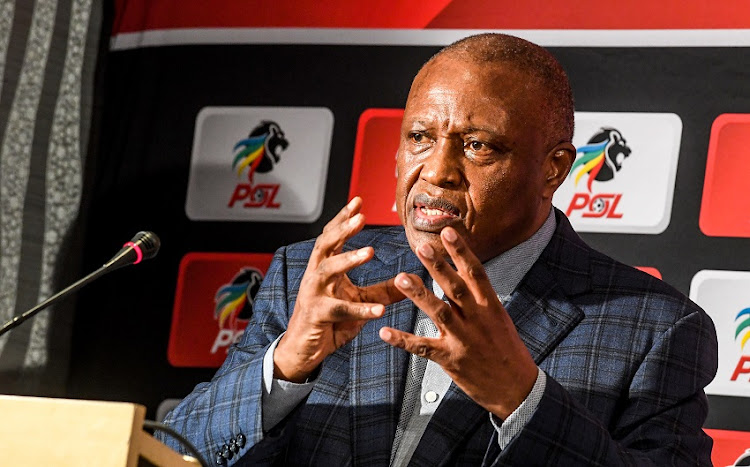 Premier Soccer League (PSL) chairperson Irvin Khoza says the decision to deny Kaizer Chiefs postponements in December due to an outbreak of Covid-19 at the club "took so long because of the complexity of the matter".

Chiefs wrote to the PSL on December 2 declaring 36 — a number that grew to 52 — Covid-19 positive tests had shut down their village at Naturena and forced the club to send the rest of their players and technical staff to isolate. Amakhosi asked the league for postponements of their December DStv Premiership fixtures.

The league's football department declined Chiefs’ request on December 3. The club asked for the PSL executive committee to review that decision.

An announcement was made by the PSL on December 20 after four or five executive committee meetings that the request was declined.

Khoza said he could not discuss an ongoing matter as Chiefs have said they will appeal the decision. But the “Iron Duke" could not ignore the elephant in the room.

“There's a big debate to say "this matter of Kaizer Chiefs took too long,", Khoza said.

“Yes, it took too long because of the complexity of the matter, where there needed to be information gathering and to enable us to establish a process on dealing with it.

“The PSL fixtures affect a lot of stakeholders. If a fixture is not met the process regulates that there must be fairness and uniformity in dealing with what matters are behind a team not fulfilling the fixture.

“The PSL is a members' organisation where there are rules and the spirit is that teams must play, but also if there are problems there must be fairness to make sure we accommodate members and don't use rules punitively.

Kaizer Chiefs chairperson Kaizer Motaung says the club was “dumbfounded” at the Premier Soccer League’s decision to not allow the postponements of ...
Sport
3 weeks ago

“When we were told there was a request for us to reconsider the decision of the football department ... [because] the compliance manual dictates that is the only department with the responsibility to change the fixture, not the executive committee.

“Having done that the executive committee met on December 3 — a meeting that was already taking place, but we included this matter.

“The first important thing to do was establish a process in adjudicating the matter to ensure we gave it a fair chance and did not use a mechanical approach.

“I know the media is waiting for us to make pronouncements on this matter. I must indicate that this is a matter that is part of a process.

There is no deal for Katlego Otladisa to sign for Kaizer Chiefs, Marumo Gallants chairperson Abram Sello says.
Sport
3 weeks ago

Khoza said the possibility of an appeal from Chiefs restricts him from discussing the matter.

“Because the process is still ongoing it will be fair that I hold back the information to give the process a chance to reach its conclusion.

“We did that dealing with the [promotion dispute] matter of Sekhukhune United and Royal AM. There was pressure from the media, executive members and some clubs to give updates, but we cannot give a running commentary on a matter that is still on the conveyor belt.”

Khoza's stance that shedding light on the matter was not possible took media by surprise as the initial announcement of the press conference had accompanied the PSL's statement on December 20 clarifying the executive committee had declined Chiefs' postponements request. This appeared to suggest the press conference would provide information on the issues around the matter.

Pressed on this, Khoza said: “On the issue of promising, yes, I was hoping [to provide information], but now this is a matter that is still alive.

“If there's an appeal, imagine what's going to happen, [we] are dealing with issues that are still on the table. It's going to be a contradiction and 'you said this, I said this'.”