Premiership coaches baffled at how DStv Compact Cup will work 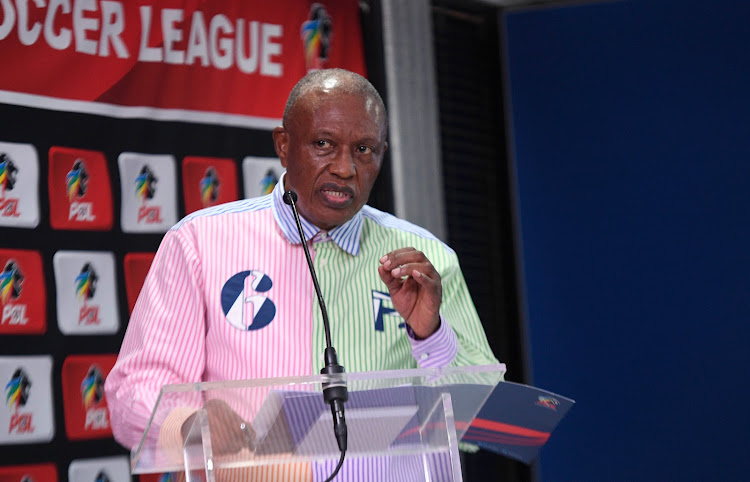 PSL chair Irvin Khoza attends a press conference at the PSL offices in Parktown on December 5 2021 where the draw for the DStv Compact Cup was conducted.
Image: Premier Soccer League/Twitter

Some coaches roped into the DStv Compact Cup are frustrated at the lack of information provided by the Premier Soccer League (PSL) on the logistics of the tournament that takes place in less than two weeks.

The draw for the gimmicky tournament scheduled for the last two weeks of January was conducted at PSL offices in Parktown on Tuesday.

The squads of the four compilation sides, drawn from four streams of four DStv Premiership teams each — inland sides Dinaledi FC and Warriors FC, and coastal teams Amabutho and Coastal United FC — were voted for online and by SMS by supporters.

Coaches of the other three teams per stream who were not drawn as head coaches act as technical advisers.

However, two Premiership coaches involved in the process, who did not want to be named, expressed their concern over a lack of clarity on how it all will work.

Premiership clubs up in arms over DStv Compact Cup

Premiership clubs are concerned about injuries to their players in the DStv Compact Cup, and disgruntled and shocked that the Premier Soccer League ...
Sport
1 month ago

The tournament has drawn criticism from club owners for its timing during the Africa Cup of Nations break, when Premier Division clubs want their players to rest, then resume training and strategising for the second half of the season, and for the risk of injury to players.

PSL coaches remain in the dark on how long they will have to be involved in the Compact Cup. Key questions unanswered include whether teams go into camp a week before the tournament.

Coaches are concerned at how long they will be away from their clubs, and details such as venues and whether technical advisers will be required to be physically present in camp with the Compact squads have still not been provided.

A new competition, driven by public voting, will fill a glaring gap in the calendar at the end of next month while the DStv Premiership is on hiatus ...
Sport
1 month ago

“Football technical people have been announced but you also need an experienced team manager, kit managers, someone who is going to handle media and many other behind-the-scenes things required in a professional environment.

“We know what this competition is about and the squads that have been released but we don’t know who is playing whom, where we are going to be playing, when we are going to play and whether we are going coastal or inland.

“We also don’t know if we are camping a week before or are just going to pitch up shortly before the first match, and these uncertainties have the potential to disrupt with our jobs at our clubs.

“Hopefully all the questions will be answered as soon as possible. It is important for the coaches and players to know how many games they will be playing during the week. I am saying this because players need to be loaded properly, especially now that they have been on a break.”

The coaches and technical teams have been confirmed for the #DStvCompactCup 🤓 pic.twitter.com/IrfNOeROrY

Another coach said, while they did not want to criticise an initiative before giving it a chance, being in the dark in such details was a concern.

“Speaking for myself, I don’t know what’s happening — I just saw things in the media,” the coach said. “Our club will start to train in a week and we need to prepare the players for the coming matches. It won’t be a problem if you have all the information so you know how you’re going to work around it. But now it’s just being in the dark. And you don’t want to sound like you’re not appreciative of the initiatives taken by the hierarchy, but maybe the timing is a bit off.

“It’s just a wait and see on how you structure and plan around it and how best to do it without harming your own team. You’ll never know the benefits or disadvantages until we get involved in this thing.”

The Premiership resumes from the Christmas and Africa Cup of Nations break on February 15.