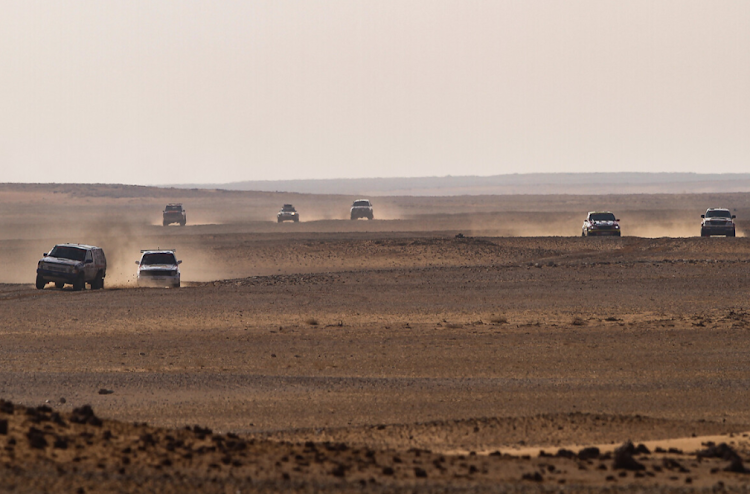 The explosion that went off under a French vehicle involved in the Dakar car rally in Saudi Arabia last week may have been a terrorist attack, France's foreign minister said on Friday.

“We told the organisers and the Saudi officials to be very transparent on what had happened because there were hypothesis that it was a terrorist attack,” Jean-Yves Le Drian told BFM TV and RMC Radio on Friday.

“There was perhaps a terrorist attack targeting the Dakar rally.”

His comments are likely to irk Saudi Arabia. Its public security on January 1 said that “preliminary evidence-gathering procedures found no criminal suspicion”.

Three all-South African crews will be taking part in the 2022 edition of the Dakar Rally, as part of the four-car Toyota Gazoo Racing team.
Lifestyle
7 months ago

Saudi authorities have not responded to Reuters queries about the incident or the French investigation and did not immediately respond to request for comment on Friday.

French prosecutors said on Tuesday they had opened a terrorism investigation into the matter.

The blast, which seriously injured one of the rally competitors, hit a support vehicle belonging to the French team Sodicars soon after it left its hotel in Jeddah for the race route, according to accounts from the team and race organisers.

Le Drian said French investigators were planning to go to Saudi and that Paris believed the rally should have been cancelled.

“In these circumstances, one needs to be very precautionary,” he said.

A week before her flight to Saudi Arabia, Landman, 30, tested positive for Covid-19.
News
7 months ago

Le Drian's comments come a month after French officials wrongly arrested a Saudi national in Paris on suspicion of being involved in the killing of journalist Jamal Khashoggi, an incident that strained ties just days after President Emmanuel Macron had travelled to the kingdom to cement the Paris-Riyadh relationship.