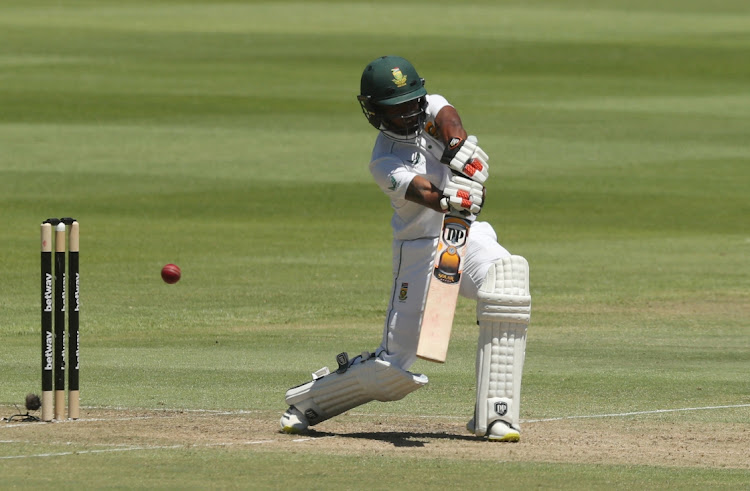 Keegan Petersen stood tall but India delivered telling blows at the other end on the second day of the deciding Test at Newlands on Wednesday.

The Proteas went to tea on 176/7 having lost four more wickets in the period from lunch.

Rassie van der Dussen (21), Temba Bavuma (28), Kyle Verreynne (0) and Marco Jansen (7) lost their wickets as India continued a spirited fightback after they were bowled out for 223 on the first day.

While India made inroads from the Wynberg end, Petersen (70 not out) built on his form from the second Test at the Wanderers where he scored his maiden Test half-century. He again reached that milestone, oozing class and looking untroubled throughout.

Even when he came to the crease to face the third ball of the day with Jasprit Bumrah in full flight, the diminutive batter looked at ease.

He played delightfully behind as well as square of the wicket on the offside while proving proficient when the bowlers strayed onto his pads.

He found two capable allies in Van der Dussen and Bavuma, but both nicked off just when they looked set.

Markram leaves without making a mark before SA steady the ship

The day started disastrously for SA when they lost another opener and their night watchman on the second day of the final Test against India here at ...
Sport
6 months ago

Petersen added 67 for the fourth wicket with Van der Dussen before the latter pushed hard at a Umesh Yadav delivery to be caught by Virat Kohli.

He had been circumspect up to that point and will be disappointed by the way he got out.

Bavuma looked the most assured of all the batters so far in this Test, including India captain Kohli who scored 79 on the opening day. He displayed positive footwork and transfer of weight into his shots, particularly off the back foot.

Unlike Kohli and Petersen, however, Bavuma, just when he looked set for a score of substance, was caught by the India captain at second slip off the perpetually nagging Mohammed Shami.

Like Van der Dussen he may lament nicking one he could have left alone.

While Bavuma and Petersen operated in concert they may well have been the shortest batting partnership to do duty for SA. They added 47 for the fifth wicket before Bavuma met his demise.

Verreynne, playing his first Test match at his home ground, would have been devastated losing his wicket second ball. He nicked one and was caught by wicketkeeper Rishabh Pant before Jansen was bowled by the impeccable Bumrah to bring the session to a slightly premature end.