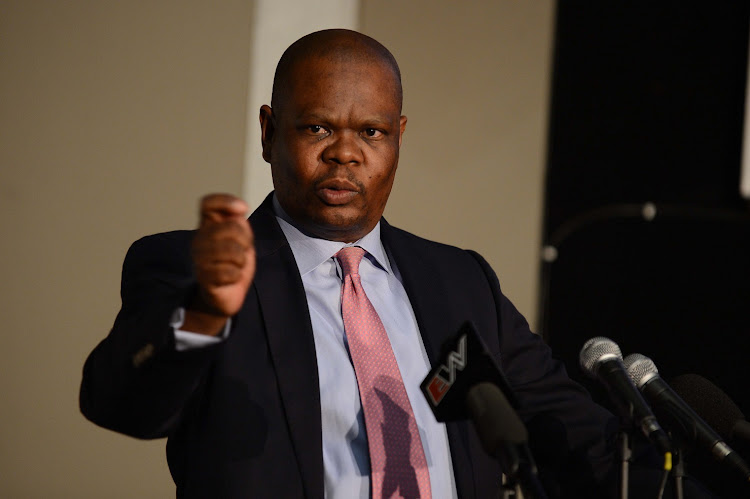 Premier Soccer League (PSL) prosecutor Zola Majavu has moved swiftly, as promised, to begin addressing a backlog in disciplinary cases, notably charging Kaizer Chiefs for the two matches they were unable to honour in December.

Majavu also kept to his promise of communicating developments in any disciplinary committee (DC) hearing cases and charges made, giving an update on two other matters. Appointed until the end of the 2021-22 season, then perhaps further, Majavu is addressing a backlog of cases left by the resignation of predecessor Nande Becker in November.

Cape Town City pleaded guilty and are awaiting sentencing for the DStv Premiership match they won 3-2 against Maritzburg United on December 7, which was played under protest by the KwaZulu-Natal team after the Cape side's player registration cards were stolen.

Premier Soccer League (PSL) chairperson Irvin Khoza said an announcement on final decision to deny Kaizer Chiefs postponements in December due to an ...
Sport
3 weeks ago

Lamontville Golden Arrows have been charged with fielding an ineligible player.

“Kaizer Chiefs have been charged in relation to their non-fulfilment of the two fixtures as a result of the allegations that most of their players had tested positive,” Majavu said on Wednesday evening. “The case has been enrolled for hearing on January 21 at 6pm.”

Chiefs said they could not honour their December fixtures at home to City and away against Arrows due to an outbreak of more than 50 Covid-19 cases that shut down their headquarters in Naturena.

City, even though they will have argued the mitigating circumstance that their player cards were stolen when team manager Moenier Davids' car was broken into hours before the game against Maritzburg at Cape Town Stadium, seem likely to be sanctioned with forfeiting a 3-0 win.

Every administrative decision is reviewable — Khoza on Chiefs saga

Premier Soccer League (PSL) chairperson Irvin Khoza has indicated the league could reverse its decision to decline Kaizer Chiefs’ request to have ...
Sport
3 weeks ago

“The respondent club, City, pleaded guilty as charged and were duly convicted. Submissions with regard to the appropriate sanction were also made by all relevant parties, and in that regard, the final sanction is reserved by the DC.

“The indication is that such a sanction would be received by no later than Wednesday.”

Arrows were charged with fielding an ineligible player, Simo Mbhele. Majavu did not expand on the case.

“That case has been enrolled for hearing on January 20 at 6pm,” he said.

Majavu said in the intervening period he would not be drawn into “any running commentary beyond giving updates on the particular milestones” on any of the matters.