Maimane Phiri discharged from hospital, thanks people for prayers 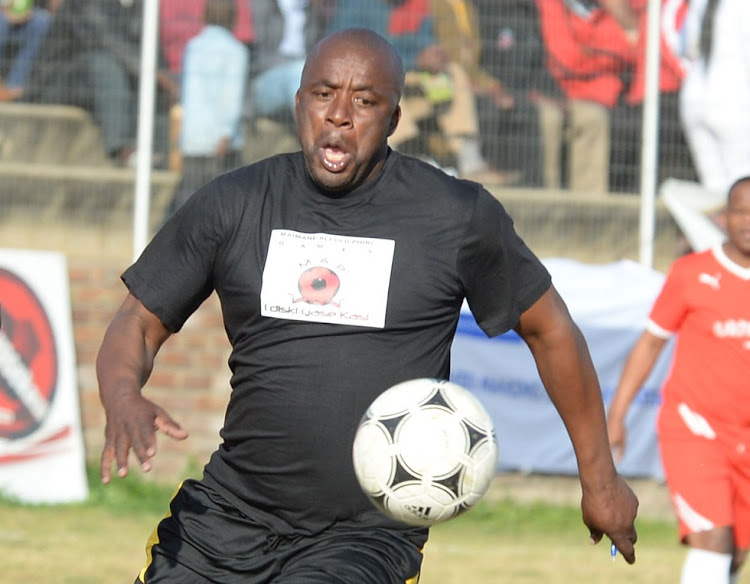 Ex-Bafana Bafana star Maimane Phiri has been discharged from hospital after he was shot in December.
Image: GALLO IMAGES/ LEFTY SHIVAMBU

Former Bafana Bafana star Maimane “Ngubo” Phiri has issued a heartfelt message to people around the country who kept him in their prayers while he battled serious injuries in hospital after he was shot.

Phiri, who was part of the Bafana squad for the 1998 Fifa World Cup in France, suffered serious injuries to his arm and leg outside his business in Alexandra in late December.

The former player, who was discharged from hospital at the weekend and is recovering at home, was seriously wounded in the arm and leg during the incident in which another victim was killed and the gunman turned the weapon on himself.

“On December 30 2021, I was involved in an unfortunate incident outside my place of business in Alexandra,” said Phiri.

Former Bafana Bafana midfielder Maimane Phiri is responding well to treatment and has been able to converse with family members after he was shot ...
Sport
7 months ago

“I cannot say anything about the matter as it is under police investigation. I just want to take this time to thank the loving people of SA for their well wishes, prayers and support you have shown me and my family through the past two weeks. From the bottom of my heart I say thank you.

“I have since been discharged from hospital and am continuing with my recovery at home surrounded by my family and close friends. Finally, I want to send a special thank you to the medical staff of Edenvale hospital and Netcare Milpark for their outstanding work.”

The incident occurred at a tavern owned by Phiri at about 7pm.

Former Bafana Bafana midfield star Maimane Phiri was shot twice in an incident in his tavern in Alexandra on Thursday night where another victim was ...
Sport
7 months ago

Police at the time confirmed they had opened a murder investigation, saying one victim was killed and two, including Phiri, were injured, and the assailant then killed himself. The victim and assailant died in hospital.

The armed assailant apparently chased his girlfriend into the tavern where Phiri and patrons were sitting.