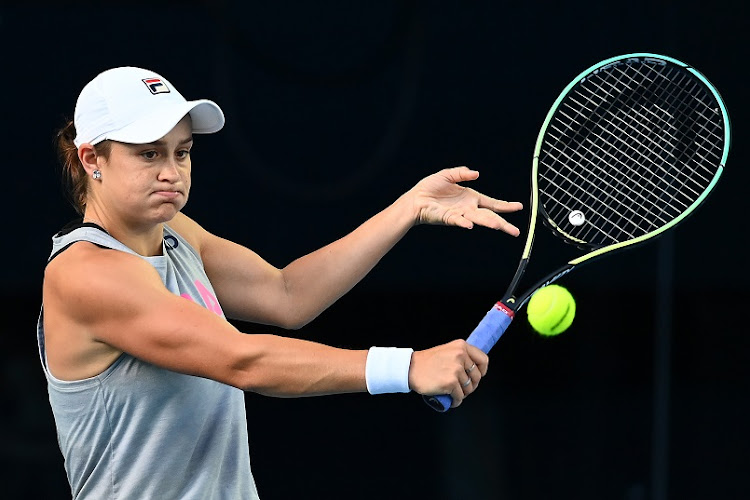 Ashleigh Barty of Australia plays a backhand during a practice session ahead of the 2022 Australian Open at Melbourne Park on January 15 2022.
Image: Quinn Rooney/Getty Images

World number one Ash Barty will once again bear the brunt of her nation's hopes for a home champion at the Australian Open, promising only she will give her “best crack” at ending the 44-year drought.

Having claimed her second major title at Wimbledon last year, Barty will be under huge pressure to deliver at the year's first Grand Slam, where no Australian has won since Chris O'Neil claimed the women's title in 1978 at Kooyong.

“I just have to hope that everyone understands that I'm giving it my best crack. It doesn't always work out exactly how you want to.

“But you go about it the right way, you do the right things and try and give yourself the best chance, that's all you can do.

“That goes for all the other Aussies as well, everyone else in the draw. They're trying to do that thing over and over and over, do the right things and give themselves the chance.”

Djokovic back for another night in detention before court hearing

Novak Djokovic will spend Saturday night in immigration detention before the world's tennis number one seeks a court ruling to stop his deportation ...
Sport
6 months ago

Barty has sent Australia into a frenzy by going deep in the tournament over the past three years but ended up leaving them wanting more.

A quarter-finalist in 2019, Barty tore through the draw in 2020 but suffered a surprise semifinal loss to eventual winner Sofia Kenin. She was in imperious form last year until overhauled in three sets in the quarterfinals by unheralded Czech Karolina Muchova, one of the bigger shocks of the tournament.

“I've had some pretty tough lessons, but also some incredible moments (in Australia)," said Barty, who faces a tricky opening round against qualifier Lesia Tsurenko, a former US Open quarter-finalist.

“Hopefully that puts me in good stead, for another year, another crack here, and we just keep going.”