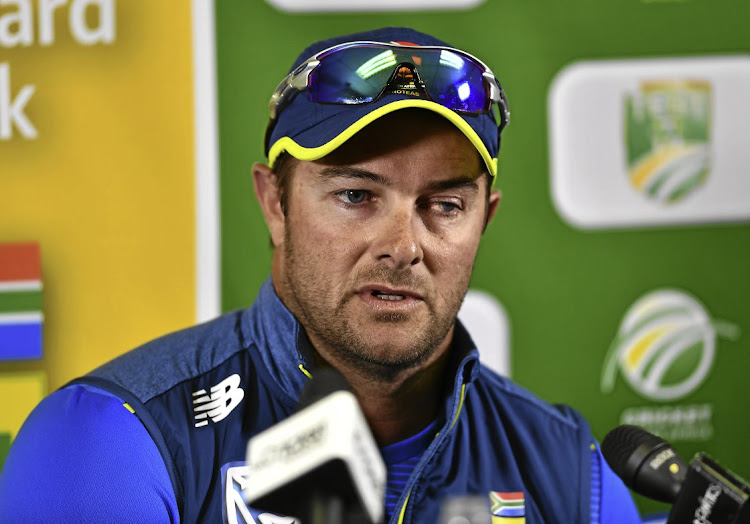 Despite allegations of “gross misconduct” hanging over his head, coach Mark Boucher will be at the helm when the Proteas travel to New Zealand for a two-match Test tour next month.

Boucher is in the firing line as a result of testimony heard at Cricket SA's (CSA) social justice and nation-building hearings. Boucher and his legal representatives are scheduled to meet the chairperson of the disciplinary hearing, Adv Terry Motau, on Wednesday to decide on the timetable for the proceedings after the charges of gross misconduct were brought by CSA.

He faces allegations of racist behaviour during his days as a national player.

On Wednesday, CSA announced a 17-man squad that sees the return of 32-year-old spinner Simon Harmer to the Proteas Test set-up for the first time since November 2015.

Some captains at times suffer loss of form as the weight of leadership bears heavily on them but for SA’s white ball skipper Temba Bavuma it has been ...
Sport
5 months ago

The other notable inclusion in the touring squad that departs for NZ next Wednesday is 23-year-old fast bowler Lutho Sipamla, who is in line to earn his third Test cap.

The two Test matches are part of the new cycle of the ICC World Test Championship and will be played at Hagley Oval in Christchurch.

Harmer’s return to the side is due to the imminent nuptials of George Linde and the unavailability of Prenelan Subrayen, who is recovering from a groin injury.

Harmer took seven wickets on Test debut against the West Indies in January 2015 in Cape Town and went on to play four more matches where he returned with 20 wickets in eight innings.

For the Titans this season, Harmer is placed second on the wicket-takers standings with 27 scalps in the CSA 4-day domestic series after Duanne Olivier (28 wickets) of the Lions.

Sipamla, has been making his own 4-day domestic series waves this season, returning 16 wickets in six innings, which includes best match bowling figures of 7/39.

Sipamla made his Test debut against Sri Lanka in 2020 and has two Test matches under his belt with 10 wickets to his name.

Kohli's back but SA face some teasers

Perhaps more than is ordinarily the case the spectre of defeat will be particularly unpalatable for SA and India as they go into the third and ...
Sport
5 months ago

The rest of the squad holds no surprises and will see the return of fast bowler Kagiso Rabada, who was rested for the recently concluded ODI series whitewash against India.

“The national selection panel and I are pleased to see the Test team playing more cricket and we are looking forward to watching them perform in what we hope will be another scintillating series, this time, against the ICC World Test champions, the Blackcaps,” said CSA convener of selectors Victor Mpitsang.

“Our Test team has been successful under the strong leadership of Dean Elgar and his deputy Temba Bavuma and has returned good results. We are confident they will continue in the same vein as they head off to New Zealand.

“The inclusions of Simon [Harmer] and Lutho [Sipamla] reaffirm our intentions as a panel to reward excellence on the field and the pair have let their work speak on their behalf this past season.

“We wish Dean, coach Mark Boucher and the team all the best for the series and safe travels.”

SA will hope to be at the crease at some stage on the second day of the first Test against India at SuperSport Park on Monday, a ground where they ...
Sport
6 months ago