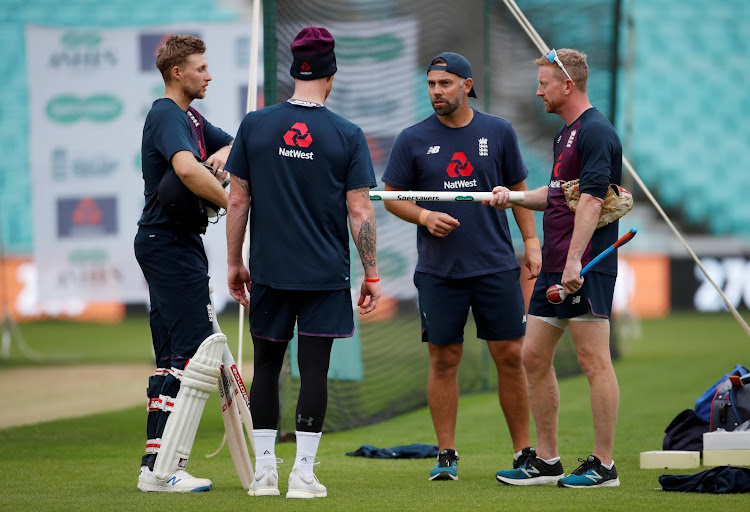 A file photo of Paul Collingwood (R) having a discussion with captain Joe Root and Ben Stokes during a nets training session at the Oval in London in September 2019.
Image: Action Images via ReutersPaul Childs

England assistant coach Paul Collingwood has been named interim head coach for next month's three-test tour of the West Indies, the England and Wales Cricket Board (ECB) said on Monday.

Collingwood takes over after Chris Silverwood stepped down last week after the team's 4-0 series defeat in the Ashes against Australia.

England head coach Chris Silverwood has stepped down following the team's meek surrender in the Ashes series against Australia, the England and Wales ...
Sport
4 months ago

Collingwood was a former captain of England's limited-overs side who led the team to the 2010 Twenty20 World Cup title.

He took charge of the team's Twenty20 tour of the West Indies last month which England lost 3-2.

“Having a challenging Test series against the West Indies straight off the back of the Ashes disappointment gives us a chance from now to reset and rebuild,” Collingwood said in a statement.

“I have spoken to (Test captain) Joe Root and Ben Stokes, and both are excited and passionate to take the team forward in this new cycle.

“Though they know it won't be easy, they have the desire and bravery to do things differently to ensure the team can prosper. We have an opportunity to get back on track.”

England's squad will be announced on Tuesday and will fly out on Thursday.

The first Test begins on March 8 in Antigua.