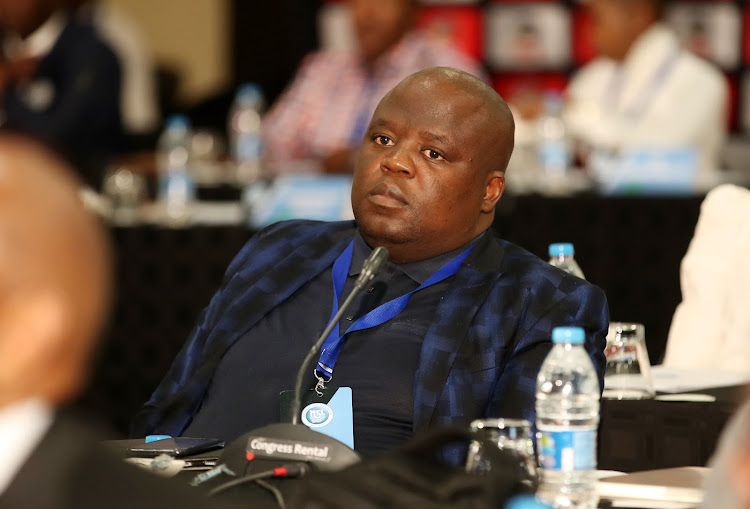 Don't have time to read? Listen to a TL;DR summary below, provided by the writer.

Mpengesi is owner of Chippa United and known for his trigger-happy approach of firing coaches when results don't go his team's way.

According to City Press, Mpengesi has been approached by some in the Eastern Cape and Western Cape and encouraged to contest the Safa presidential elections.

Mpengesi told the paper he had been approached, but said he had not yet made a decision.

He would hand the reins over at Chippa United if he decided to throw his hat in the ring and won the election.

Mpengesi  called for young blood at the head of SA football.

The Gqeberha side had been struggling to register a win in the new year after four cup and league matches.
Sport
3 months ago

The news was shared by popular sports broadcaster Robert Marawa and sparked a big debate on social media.

Marawa partnered with Arena Holdings late last year to broadcast his award-winning sports show live on its platforms, including SowetanLIVE, Vuma FM in KwaZulu-Natal and Rise FM in Mpumalanga. TimesLIVE is part of the Arena Holdings group, along with SowetanLIVE, Rise FM and Vuma FM.

The weekly 90-minute show can be streamed between 5.30pm and 7pm.

While many shared their surprise at Mpengesi possibly running for the position, others joked it would throw SA football into disarray and “bankrupt” the organisation.

Why though Marky, why not challenge him yourself, we need our legends to be in charge of our FA like normal countries do?

But he can’t be as bad as Jordan

Depending on who’s in Chippa’s corner. This goes beyond Chippa, it’s a ♟ game. Don’t underestimate these young chairmen led Motsepe. There’s still more to come, soon Iron Duke chairmanship will challenged by maybe Zungu or Sukazi or other youngish chairman.

Maybe thats what SAFA needs theres lot of deadwood in that FA.

The funniest thing I've seen this year 😂 😂 bafana bafana will have 12 coaches in one year pic.twitter.com/m7JZr2irIT