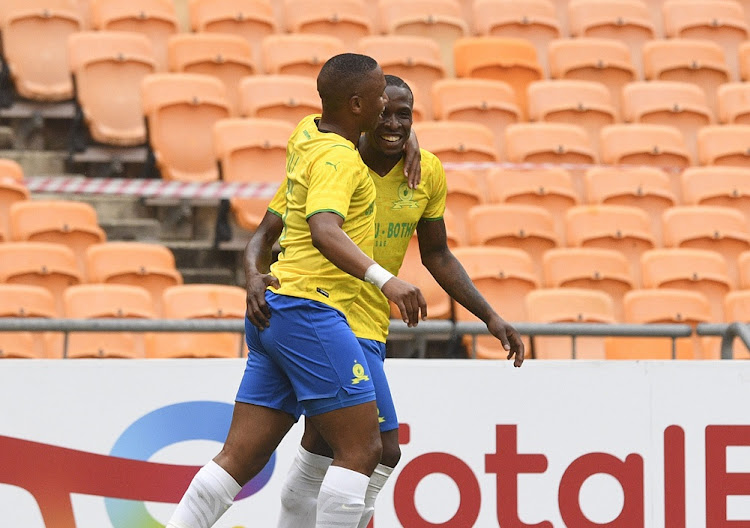 Bad luck has been given as one of the main reasons for George Maluleka’s minimal game time at Mamelodi Sundowns.

Maluleka has gone through a very rough patch since he joined Sundowns from Kaizer Chiefs in July 2020.

The move has not been the one that the player envisaged as he went from being a regular player and key member at Chiefs to hardly ever making the match-day squad at the Chloorkop-based outfit.

The 33-year-old started the Caf Champions League dead-rubber match for Sundowns against Al-Merrikh on Saturday and scored his first goal at the club with a classy header as Masandawana thumped the Sudanese team 3-0.

Sundowns had already qualified for the Champions League quarterfinals before the clash where Maluleka played 68 minutes for the DStv Premiership defending champions.

Before that game Maluleka had played a total of 15 minutes this season while in the previous campaign he managed just 625 minutes across all competitions.

The glaring statistics resulted in talk that the four-time league winner’s time at the club would soon be over, but Sundowns co-coach Manqoba Mngqithi said there were other factors that led to Maluleka’s limited game time since his arrival at Chloorkop.

“A lot has been said about him, but the truth of the matter is we must give the credit to the boy,” Mngqithi said.

“He has worked very hard to get himself into the team. And he has been unfortunate in many other instances where he would be in the team earmarked for the game, and he gets injured on the last day of training before the match.

“He has had those scenarios maybe three or four times this season. When we finally saw him getting a chance and starting a match, it [the performance] is what we all wanted,” Mngqithi said.

The coach also revealed Maluleka has fought to get in shape while fighting for his place at Sundowns.

“If you’ve seen how much weight he has lost, I think he has lost more than 7kg from the time he came to Sundowns and that is very big. And consistently so because this year he has been in top shape from the beginning but very unlucky whenever an opportunity has come.”

Mngqithi believes the goal against Merrikh will come as a huge morale boost to the player as he aims to play a role in Sundowns’ chase for the Champions League, Nedbank Cup and Premiership glory.

“We are happy that finally, he got an opportunity, and he also scored a very good goal that you will not expect from George, to be honest. But you know in the past George was a striker and he was good in the air at some point. So when he scored we really appreciated it because it shows how functional he can be and there’s still more that he can offer the club,” Mngqithi said.

Maluleka is contracted to Sundowns until 2025 and it remains to be seen if the player will remain at the club or will find a new home next season.

Downs return to league action with a trip to relegation-threatened Swallows FC on Wednesday at Dobsonville Stadium from 7.30pm.

Swallows are in position 14 on the log and one point above the automatic relegation spot.