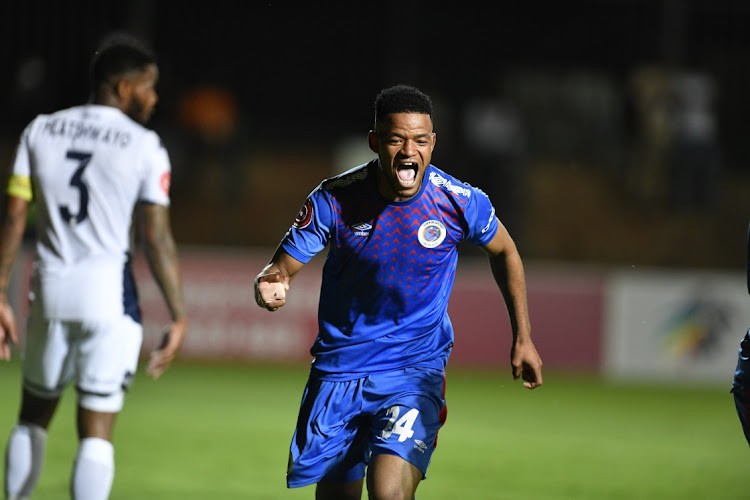 SuperSport United coach Kaitano Tembo has refused to comment on the whereabouts of their want-away player Sipho Mbule.

Mbule, 24, was a notable absentee at SuperSport's training session before their Nedbank Cup quarterfinal match against Tshakhuma FC at Thohoyandou Stadium in Limpopo on Friday (7pm).

It’s no secret that Mbule has tried to force a move away from the club, with Kaizer Chiefs and Mamelodi Sundowns reported to be interested in the Bafana Bafana midfield star.

“I don’t want to comment about Sipho Mbule. I think I will leave that to the management,” Tembo responded when asked why he was not at training.

A source told TimesLIVE the player was not training because management and his agent Mike Makaab apparently agreed to put him on a programme to help him lose weight.

SuperSport United coach Kaitano Tembo admitted that he got it wrong by starting Sipho Mbule in their come-from-behind 2-2 draw with Mamelodi Sundowns ...
Sport
7 months ago

According to the source, Mbule gained weight when he wasn’t training in his bid to force the club to sell him to another club.

Attempts to reach SuperSport CEO Stan Matthews and Makaab for comment were unsuccessful as they did not answer their phones. Matthews also didn’t respond to a text message sent to him.

Mbule has only played six minutes for Tembo’s charges this year when he came on as a substitute in the 2-0 win over AmaZulu FC on March 5.

After that game, Tembo praised the change of attitude from the player and his renewed commitment to his career.

SuperSport United coach Kaitano Tembo is satisfied with the point his side collected thanks to a late equaliser in their DStv Premiership fixture ...
Sport
2 months ago

“We’ve been supportive of him because we feel he is a talented youngster. It’s our duty to try to help and guide him so he is not lost to SA football,” Tembo said in March.

“It will only come with him playing [more]. We will try to build his match fitness gradually because we don’t want to push him too hard.

“We are happy with his progress so far and I think soon we'll see the real Sipho Mbule we all know.”