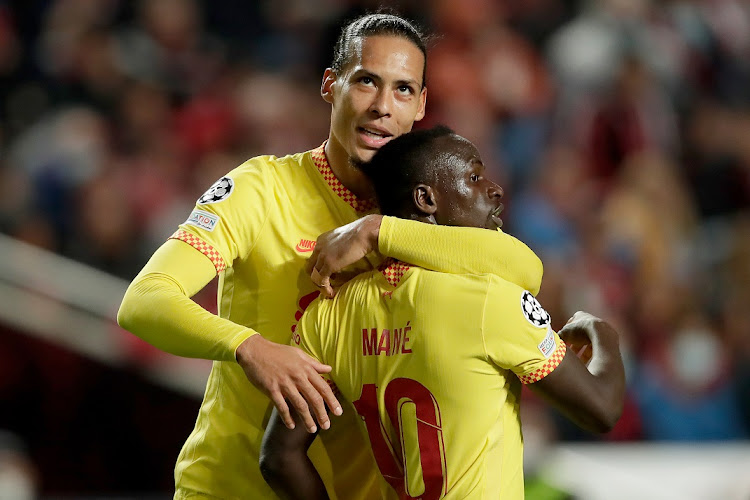 Liverpool manager Juergen Klopp heaped praise on Benfica keeper Odysseas Vlachodimos for denying the English side a bigger victory after their 3-1 win in their Uefa Champions League quarterfinal first leg on Tuesday.

Liverpool took the upper hand in the tie as goals from Ibrahima Konate, Sadio Mane and Luis Diaz earned them a comfortable victory in Lisbon and it could have been much worse for the Portuguese club.

“We should have scored much more,” Klopp said. “I think, mainly because of their goalkeeper, credit to him.

“Their goalkeeper was probably the game’s best player. We played well, but he made a couple of really good saves.”

Klopp said he was satisfied with the win and with their two-goal advantage ahead of next week’s second leg at Anfield.

“It was a tough game but I expected it,” he said. “They had these counterattacks as they recovered the ball in the midfield that was a threat.

“It’s not always easy to keep the ball all the time. The further you go, the more risk you take. And they have really good players.”

After Liverpool dominated the first half, Benfica made a game of it after the break at a packed Luz stadium, that roared their team back into the contest when Darwin Nunez scored in the 49th minute to make it 2-1.

“It was tough when they scored because the crowd was there immediately because they knew that 2-0 is nothing, it’s nice but nothing more than that and we saw it after they scored. The game was much more open than we expected.

“That’s it. We won. Two goals up. Halftime. Not more, not less. It would have been nice to score another one, but let’s keep going. We have a good result, we know much more about our opponent going to the second game and are aware of their quality.”