Sharks hope for a big boost ahead of Leinster meeting 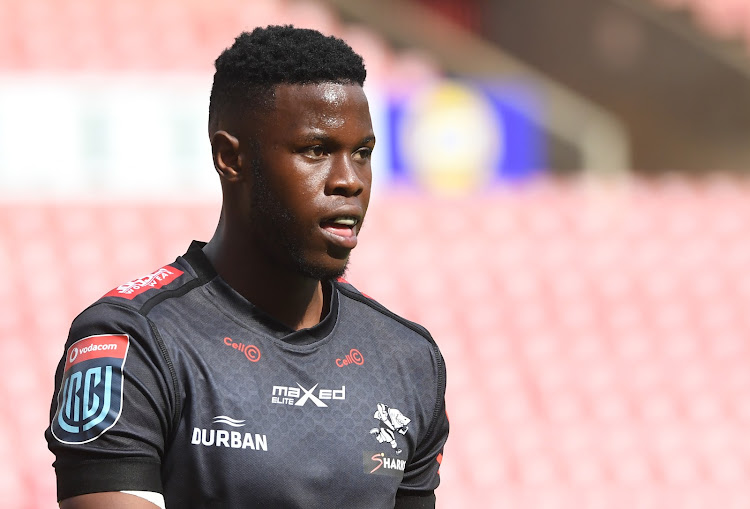 The Sharks hope to have star fullback Aphelele Fassi back in time before their final push for a place in the United Rugby Championship (URC) quarterfinals.

Fassi has been one of the notable absentees from the Sharks in their past three games due to an ankle injury sustained in the match against Zebre at Kings Park Stadium in Durban.

He wasn’t available in the defeat to Edinburgh and back-to-back wins over the Dragons and the Lions with Anthony Volmink getting a run at 15.

Sharks coach Sean Everitt said Fassi, 24, returned to the training field last week and hopes to have the player back when the Sharks host a strong Leinster in Durban on Saturday, April 23.

“We are hoping that Aphelele Fassi will be back for the Leinster game. We will have to see how his running goes before the game,” Everitt said.

“He started running on the field on Friday and there has been no repercussions and has to get through a week of training and we will be able to make a decision.”

The Currie Cup fixture between the Sharks and Bulls on Saturday has been cancelled due to the floods in KwaZulu-Natal, SA Rugby has confirmed.
Sport
1 month ago

The Sharks are still without the Bulls-linked winger S’bu Nkosi, who is also nursing an ankle injury.

The Irish giants, Leinster, currently lead the standings in the URC with 60 points while the Sharks are in position six with 46 points.

With only three games to go, teams are fighting for a top eight finish which will guarantee them a place in the quarterfinals of the URC.

Everitt believes his men have had a good build-up and preparation ahead of the game against the tough team to beat in the competition this season.

Leinster have only suffered three defeats this season and that is the lowest compared to the other teams in the tournament so far.

“There’s a lot of rugby to be played in the last three weeks and it sounds a bit silly when I say a lot of rugby when there’s only three games,” Everitt said.

“But you know even in the game that we played against Edinburgh, the guys did everything right to win that game except getting over the chalk,” he said.

“Though we did get the results in that game, there were glimpses of really good stuff. Unfortunately we leaked three tries, but in the last two games we only leaked one.”

Everitt added: “We are getting the all-round game right, we scored six tries against (the Dragons) and we got the bonus point against the Lions and we conceded one. That’s where we wanted to be and our kicking game has also improved. It has been a perfect build-up.”