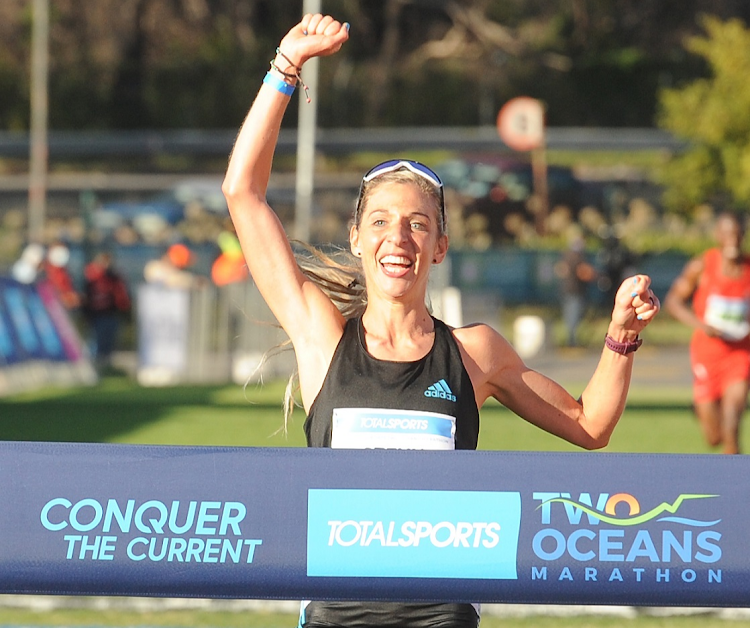 Steyn took the lead late in the race on Sunday morning, overtaking her Olympic teammate Irvette van Zyl to score an emphatic victory, smiling as she approached the finish line to cross in 35th overall and win this race for the third time.

Van der Merwe’s 3:30:36 effort, which had knocked almost 14 minutes off the previous mark back then, saw her finish 22nd overall.

Edndale Belachew of Ethiopia outsprinted Nkosikhona Mhlakwana to win the 2022 edition of the men’s race by three seconds, crossing in 3:09:05.

The City of Cape Town on Wednesday issued the final race permit for the Two Oceans Marathon to go ahead this weekend, after a clear traffic plan for ...
Sport
1 month ago