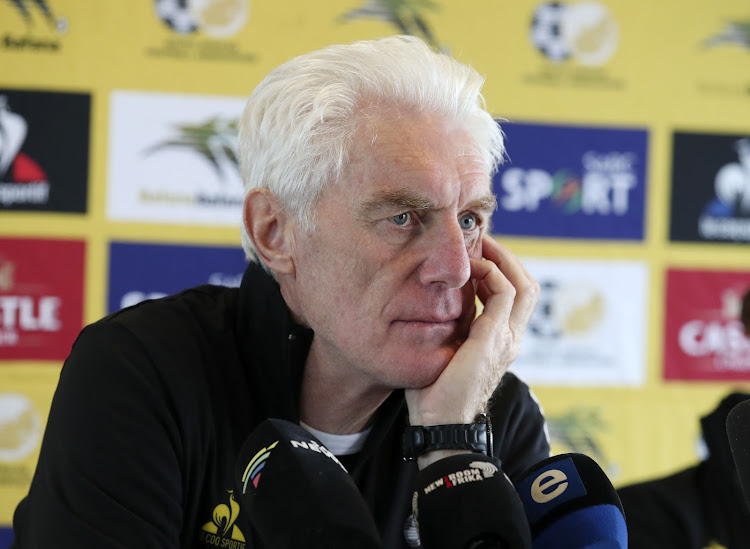 Bafana Bafana coach Hugo Broos has acknowledged that Morocco are the best team in Group K of the 2023 Africa Cup of Nations qualifiers.

On Tuesday, SA were drawn with the Atlas Lions, the Warriors of Zimbabwe and the Lone Stars of Liberia in Group K for the qualification programme of the tournament in Ivory Coast next year.

“It is clear that Morocco are the best team in our group. They were in the Africa Cup of Nations (Afcon) in January and were eliminated by Egypt,” said the Belgian mentor.

“They are a very good team, maybe they are the best of our group with players who are playing in Belgium like Selim Amallah and others — I know this team very well.”

SA is too big a football country to eat from the crumbs and Bafana Bafana need to regain their flair and identity if they are to return to the top ...
Sport
1 month ago

Broos said if Bafana want to finish on top of the group, they will have to beat Morocco, preferably at home and away. He admitted he does not know much about Liberia.

“If we want to be first in the group, we have to beat Morocco. We played against Zimbabwe in the World Cup qualifiers last year and we know them very well.

“Morocco are a tough team but this is the team we have to beat. We are better than a few months ago, and I think if we can beat them twice it will be very good for us.

“Liberia are a team I don’t know, and I don’t know their players, so it is up to us to look for videos of their recent matches. Maybe they are the weakest team in the group but it is always dangerous to underestimate an opponent.

“We are going to look at their last games and see how good they are but if we look at this group, Morocco are the best team and Zimbabwe are our neighbours. It is going to be very tough games. Liberia normally has to be the weakest team in our group.”

Broos said it is too early to say which players are going to be selected and at which domestic matches he is going to spend time in the coming weeks monitoring both local and overseas-based players.

“We are going to watch games in the league and also watch players who are playing abroad. There are players we know, there are some of the players that we saw and we need to look at them again.

“There are guys who are playing in Sweden and maybe we will decide if they can join us in June. On the other side, I have several weeks to watch new players in the league to try to have a good combination for the qualifiers in June.”