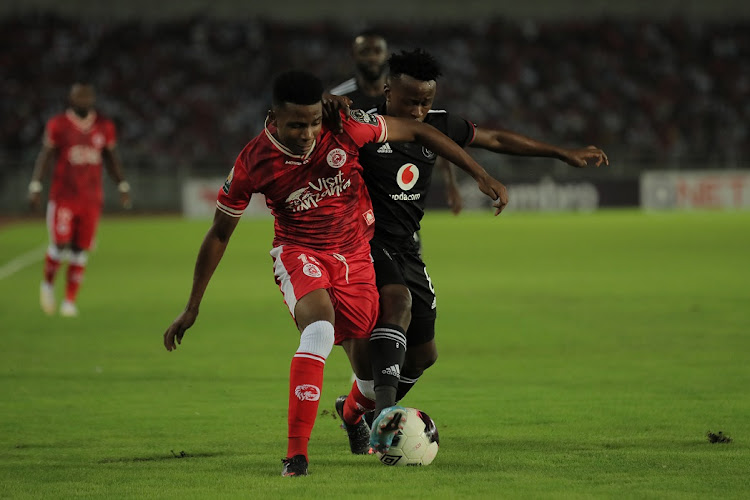 In a statement signed by club CEO Barbara Gonzalez, Simba said Ncikazi's remarks were “defamatory”, unprofessional an unethical and “distasteful”, and against the spirit of an historical relationship that goes back to when Tanzania was a host of the ANC in exile during the struggle against apartheid.

The club asked for its security to be guaranteed for the second leg at Orlando Stadium on Sunday (6pm).

WATCH | Ncikazi explodes, tells Simba and journalists to be ashamed after Pirates defeat

Coach Mandla Ncikazi took a swipe at Orlando Pirates' Tanzanian hosts and club Simba, saying his team were treated “like animals” in Dar es Salaam as ...
Sport
1 month ago

The statement read: “Simba Sports Club is deeply disappointed with the defamatory remarks made by Orlando Pirates co-coach Mandla Ncikazi after their Confed Cup quarterfinal loss against us on Sunday.

“We condemn the unprofessionalism and unethical behaviour by coach Ncikazi through his remarks. As the host team, we will not tolerate slander of that kind against our country and club. As Tanzanians, we pride ourselves on providing a safe and secure environment for all activities and ensure a high standard of service is provided to all our guests.

“As their opponents we were deeply puzzled by the strange behaviour of Pirates since their arrival in Tanzania. All friendly gestures accorded to them were openly denied, starting with the vehicles provided for their logistics, and the suggested hotels in close proximity to the stadium.

“In addition Pirates arrived more than an hour late to the official training session set by Caf, yet stadium officials were kind to accommodate them, despite their deliberate choice to stay a far distance from the stadium (out of town).

“Most strangely, the peculiar decision to use the unofficial entry to the stadium dressing rooms via the media room. This is not how mega-clubs conduct themselves and for that they must accept all responsibility for their own actions that resulted in poor choices made since their arrival into Tanzania, despite receiving prior friendly advice from Simba.”

The club cited the deep “historical ties between SA and Tanzania that perhaps coach Ncikazi was unaware of”, and that one of the first external missions of the ANC in exile was in that country.

“The disturbingly insensitive remarks by the coach erode the brotherhood of our two countries by deliberately defaming Simba and the entire nation. Mean-spirited comments from coach Ncikazi are highly detrimental to the progress of African football.

Ncikazi wishes Pirates’ Mako well: ‘We could have lost him but God saved him’

Orlando Pirates co-coach Mandla Ncikazi has thanked players and coaches from other clubs who visited Paseka Mako in hospital after the left-back’s ...
Sport
1 month ago

“Playing by the written rules is mandatory, however respecting the unwritten ones is a must. Fair play requires unconditional respect for opponents and fellow players. This is something coach Ncikazi failed to accord us.”

Simba said the club understands “mind games” but added that the “intention to garner sympathy from all football stakeholders as a buffer for poor results is distasteful” and Ncikazi went “beyond crossing a very dangerous line”.

The club said it would “file a formal complaint to Caf and through the diplomatic channels”.

Simba asked for the governments of the two countries to “accord us all the necessary security” for the return leg in Johannesburg.

“The indirect threats to our safety and security are not dismissed and should anything happen to Simba during our stay we will understand the route of any incident.”

Ncikazi said in his post-match press conference that Pirates were treated “like animals” on their trip. He disputed the penalty Simba scored from in Dar es Salaam as Bucs lost the first leg in front of 60,000 people at Mkapa National Stadium, a venue where the Reds of Msimbazi have previously been accused of employing gamesmanship tactics.