Sainz confirmed to race for Ferrari until end of 2024 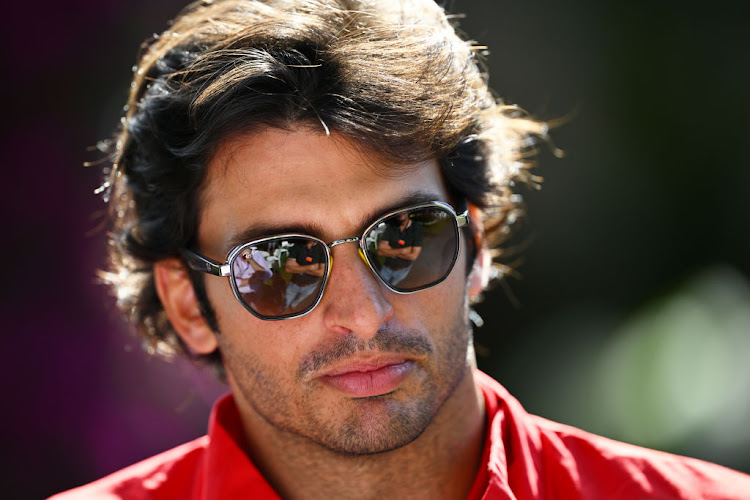 Carlos Sainz will continue to race for Ferrari until the end of the 2024 F1 season, the Italian team said on Thursday.
Image: GETTY IMAGES/ CLIVE MASON

Spaniard Carlos Sainz will race for Ferrari in Formula One until the end of the 2024 season at least, the team said on Thursday.

The 27-year-old, who moved from McLaren to Ferrari in 2021 as a replacement for four-times world champion Sebastian Vettel, finished fifth in the overall standings and helped Ferrari secure third in the constructors' battle in his debut season.

He has enjoyed a strong start to the 2022 season and is third in the drivers' standings after podium finishes in the first two races of the season in Bahrain and Saudi Arabia.

He failed to finish at the Australian Grand Prix, crashing out shortly after the start.

I have always said there is no better team to race for and after more than a year with them, I can confirm that putting on this race suit and representing this team is unique and incomparable

"I have always said there is no better team to race for and after more than a year with them, I can confirm that putting on this race suit and representing this team is unique and incomparable," Sainz said.

"I believe we have the best driver pairing in Formula One and so, with every passing race, it seemed a natural step to extend Carlos’ contract, thus ensuring stability and continuity," team principal Mattia Binotto said.

"In his time so far with the team, he has proved to have the talent we expected of him, delivering impressive results and making the most of all opportunities."

Sainz's team mate Charles Leclerc has won two of the first three races, finishing second in the other, and has a 34-point lead in the championship.

Ferrari, which last won a title in 2008 and failed to win a race in 2020 and 2021, also lead the constructors' standings by 39 points from champions Mercedes.

The Emilia Romagna Grand Prix at Imola this weekend, round four of 23, is a home one for Ferrari at the Italian circuit named after company founder Enzo and son Dino.