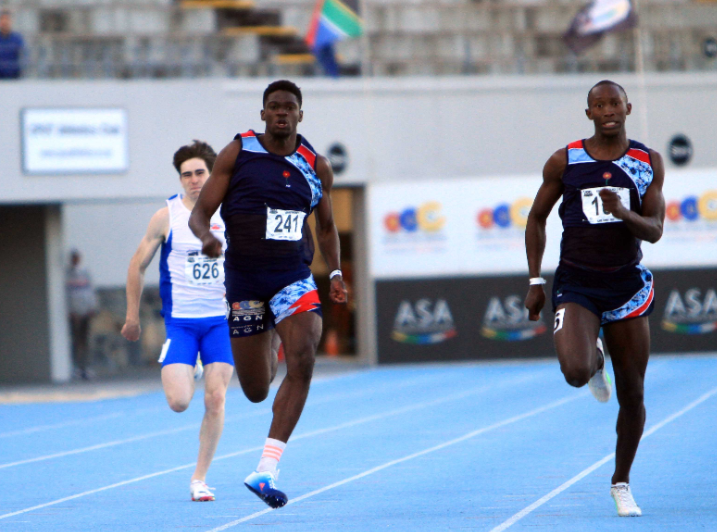 There were some enticing contests at the SA athletics championships in Cape Town from Thursday to Saturday, but the results are hardly going to cause sleepless nights anywhere else in the world.

Athletics SA (ASA) will have to wonder, based purely on performances at Green Point Stadium, whether their team will win medals at the world championships in Eugene, Oregon, in July.

Wayde van Niekerk, still on the comeback trail after his 2017 knee injury, was a non-starter after suffering a knee injury.

Caster Semenya might have edged closer to a 5,000m qualifying time, but she’s never going to get close to dominating as she did in the 800m and 1,500m.

Long-jumper Ruswahl Samaai, a bronze medallist at the 2017 world championships, couldn’t make his way to the competition from his new base in the US.

There are also grumblings that the sprinter hasn’t yet recorded a sub-10 run in the season — he’s opened four of the past seven seasons with 9.9s.

Akani Simbine won SA 100m crown No 6 in Cape Town on Thursday, but it was his most emotional by far, breaking down in tears in a media interview soon ...
Sport
2 months ago

But in fairness to him, there have been only four such efforts around the world in 2022, and there have been a couple of seasons where Simbine has taken his time getting there, like in 2018, where he did it in June in his 11th start.

Of more concern is that Simbine, 28, beat two youngsters, 17-year-old Bradley Nkoane and 18-year-old Neo Mosebi, by only three-hundredths of a second.

The best-looking effort of the competition came from Simbine’s stablemate, Clarence Munyai, who went 20.03 in the 200m semifinals, but that was disqualified as a world championship qualifying time because of a 2.3 metre-per-second tail wind.

Had the wind been fractionally softer, Munyai would have rocketed to fifth on the world list. Unfortunately, he was downed in the final by 20-year-old Sinesipho Dambile, who has performed well as a junior athlete.

Even SA’s once rated 4x100m relay team has to try win a spot at the world championships after losing their World Relays gold from 2021 after Thando Dlodlo failed a doping test.

If anyone wanted to assess the state of local athletics, they only had to look at the competitors organisers rolled out in Cape Town on Wednesday ...
Sport
2 months ago

Relays coach Paul Gorries is taking a team to Botswana later this month to try to book a ticket there, and failing that they will have another shot at the African championships in Mauritius in June.

The rest, including Simbine and Van Niekerk, delivered the performances in the course of 2021, which forms part of the qualifying window.

Thirteen other athletes are in contention to qualify based on world rankings, including 100m hurdling talent Marioné Fourie, veteran 400m hurdler Wenda Nel and rival Taylon Bieldt, plus Samaai, Soks Zazini in the men’s 400m hurdles and shot-put star Kyle Blignaut, who was sixth at the Tokyo Games.

By comparison, nearly 40 athletes are in contention for selection for the world under-20 championships in Cali, Colombia, in early August. There’s no shortage of talent coming through.

The other side to the underwhelming performances at the SA championships lies in the scheduling of the event.

Sprinting at the coast is harder than in the thinner air of the highveld, but there’s no reason to run away from sea level events.

The competition could have been better served had they scheduled more events for the hottest parts of the day.

By the time they lined up for the sprint and hurdles finals in the late afternoon and evening, the home straight was deep in the shadows and the wind was chilling athletes and spectators to the bone.

Had those races been held around noon, the times would surely have been faster.

Some SA athletes might have been looking a bit fiercer to the rest of the world right now.