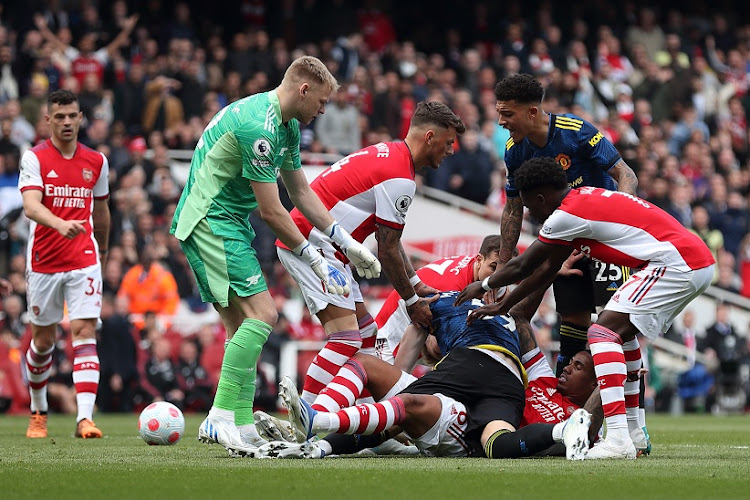 United's bid to finish in the Premier League's top four suffered a blow after they lost 3-1 away to Arsenal on Saturday, with the team slipping to the sixth spot in the standings on 54 points, six outside the top four with four games left.

“It is an absolute mess. It is a disaster of a dressing room,” Scholes, who helped United win 11 league titles and two Champions League trophies, told DAZN.

“I had a quick chat with Jesse the other day and I'm sure he won't mind me saying that the dressing room is just a disaster.”

Lingard did not immediately respond to a Reuters request for comment.

United's interim manager, Ralf Rangnick, responded that he did not see a problem with the atmosphere in the dressing room.

“I don't know, you have to ask Jesse Lingard if you have this information,” Rangnick said after Saturday's defeat.

“Obviously after games like today or the games at Liverpool or Everton, there is huge disappointment in the locker room for sure. This is normal.

“I think the whole group get on reasonably with each other. I'm not daring to say they get on well with each other but I don't see that there is an issue with regard to the atmosphere in the locker room.”