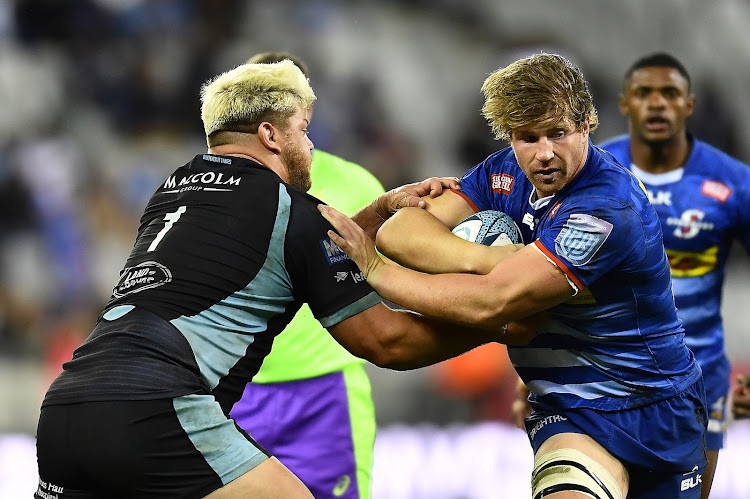 This after the young eighthman delivered another superb performance for the Stormers who defeated Scottish side Glasgow Warriors 32-7 in a United Rugby Championship (URC) match in Cape Town on Friday night.

Roos, 22, didn’t just help his side to the second spot on the URC table, but he also earned the respect of SA Rugby director of rugby Rassie Erasmus.

Roos, who has been performing well for the Capetonians in the URC, was overlooked for the recent Boks' alignment camp that was held in Durban and that led to a huge public outcry.

But Erasmus shocked many when he took to social media after Friday’s fixture to commend Roos,

Well done Evan Roos, that’s how you react to dissapoinment and make sure you cant be ignored !

“Well done Evan Roos, that’s how you react to disappointment and make sure you can’t be ignored!” Erasmus wrote on Twitter.

Roos’ coach at the Stormers John Dobson seemed unfazed by the player’s performance as he has been consistent for most of the URC season.

“When is the next alignment camp?” Dobson asked jokingly.

“Ja, he was superb. I mean the way he was attacking them in the second half off nine, that’s the thing about Evan, he does the hard carries.

“It’s incredible. He was superb, again. I am sure his rewards will follow.”

Erasmus’ message gives hope to Roos that there’s still a chance for him to fight for his place in the national team.

After leading 13-7 at halftime against Glasgow, Dobson’s charges fought hard to claim a bonus point win at Cape Town Stadium.

“I thought in the second half we put our best performance for this whole campaign,” Dobson said.