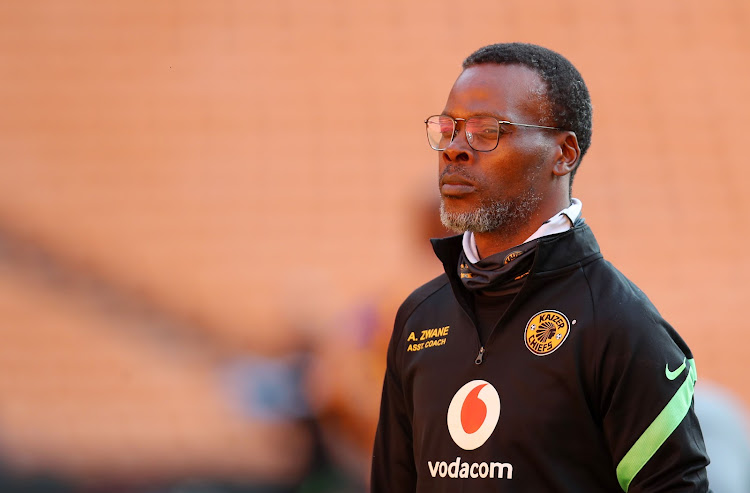 A club of Kaizer Chiefs' stature should create as many scoring chances to win a match as possible, Amakhosi caretaker coach Arthur Zwane said before Chiefs’ trip to Lamontville Golden Arrows in Durban on Wednesday.

Chiefs suffered a 1-0 loss in the DStv Premiership against Stellenbosch FC in Cape Town on Saturday in Zwane’s first match in charge after the sacking of Stuart Baxter on Thursday last week. Chiefs will hope to resurrect their difficult task of finishing second to clinch a place in next season's Caf Champions League.

Kaizer Chiefs reveal dates for fixtures missed because of Covid-19

“We need to create chances in every match we play. We’re looking forward to the next game and it’s not going to be easy because the games are coming thick and fast.

“We’re playing Golden Arrows, also a difficult team to play at home, but we’ll try to grind the results and keep on encouraging the boys.”

Zwane admitted there was an element of nerves for some Chiefs players as they adjust to the altered tactics of new coaching staff after Baxter’s departure.

“We have to deal with the mental part because I’m not worried about their physical conditioning.

“Mentally, players need to be strong and that’s where the technical staff members come in, to play that role of helping them to be calm and not be worried about losing the ball.

“I saw that’s the fear they have — losing the ball. Once you’re a player and you don’t have the confidence of playing football, then what is it that you want to play?

“That means you just want to kick the ball and the ball will always be in the air. When you look at players we have in SA they have that creative mind and if you look at our team we only have [Leonardo] Castro and Samir [Nurkovic] who give us a different dimension.

“It tells you about us as South Africans that we have more players who can think game intelligence, more than the players who want to kick and head the ball. So as a club we can’t rely on dead ball situations and set pieces to score.

“Before we can create a dead ball situation we’ll have to do that from open play. That’s why we want to dominate open play and make sure we win games in open play and if we score from set pieces, it’s a bonus,” Zwane said.