‘We’re in it to win it,’ says Ncikazi of Pirates’ semi against Al Ahli Tripoli 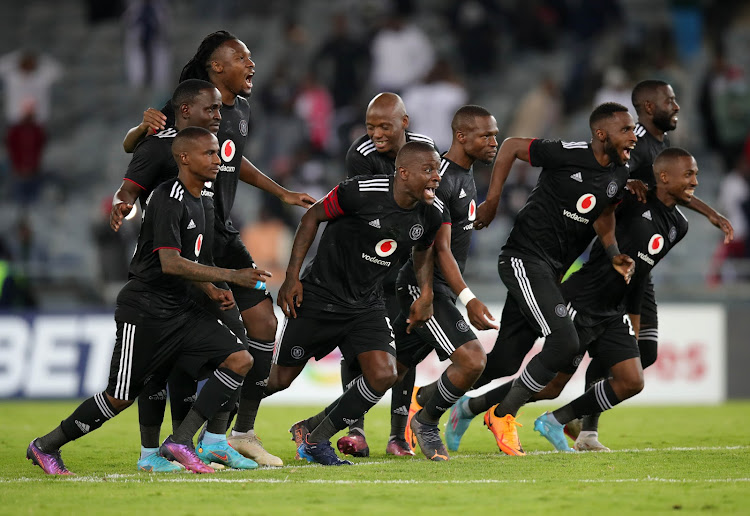 Coach Mandla Ncikazi did not get the semifinal opponents he wanted, but has assured that Orlando Pirates are in the last four of the Caf Confederation Cup to win it.

Pirates reached the semifinals with a 4-3 penalty shoot-out win over Tanzania’s Simba SC at Orlando Stadium on Sunday to set up a date with Libya’s Al Ahli Tripoli.

The quarterfinal in Soweto ended level as Pirates won the return leg 1-0 to tie the aggregate score 1-1.

Striker Kwameh Peprah met Innocent Maela’s cross from the left with a powerful header to give the home side a win by the same margin as Simba's in the first leg in Dar es Salaam.

Orlando Pirates are likely to play the remainder of their season without injured influential left-back Paseka Mako.
Sport
2 months ago

In the other quarterfinal, which kicked off two hours after Pirates' victory, Al Ahli Tripoli won the Libyan derby 1-0 on aggregate as they defeated Al Ittihad Tripoli with a solitary goal at home after the first leg ended goalless to set up a semifinal date against Bucs.

Ncikazi said his preferred semifinal opponent was Al Ittihad, who held Pirates to a goalless draw in Orlando and won 3-2 in Benghazi in the group stages.

“It’s better the devil you know than the one you don’t know and I know the field,” Ncikazi said of Pirates’ trip to Libya in February.

“So you can imagine if you have challenges there, but between the two teams I would have chosen the one we had played before.”

Tanzanian club Simba SC have hit back hard at the post-match comments made by Orlando Pirates coach Mandla Ncikazi after Sunday's 1-0 Caf ...
Sport
2 months ago

Ncikazi will be glad to know that Pirates should have the comfort of using the same route, hotel and training facilities.

Both Al Ittihad and Al Ahli are Tripoli clubs, but there are no venues that meet Caf standards in the Libyan capital so the two teams play their matches 650km to the east in Benghazi.

Ncikazi and co-coach Fadlu Davids have nothing to show in terms of silverware and are scrambling to finish as runners-up or third in the DStv Premiership. One thing that would please Pirates' supporters, and probably also the club's management, is if the team goes all the way.

“Pirates have always been in African championships. I don’t think there is anything new,” Ncikazi said after the semifinal.

“It also helps us that some of the players have been part of that history. So it helps with that experience

“We are in it to win it. We should not be in this competition to make numbers.

“With the history that this club has done it before [in 1995] we should [win], and my wish is that Pirates should get into the main one, which is the Champions League — without saying the Confederation Cup is the easier one, it’s still a big honour.”

Pirates, who are fifth on 39 points in the Premiership, will have to win at least four of their remaining five matches to finish second or third and qualify for next season’s Caf competitions.

Bucs host Chippa United who beat Stellenbosch in their last Premiership match to move seven points away from automatic relegation danger at Orlando Stadium on Wednesday.