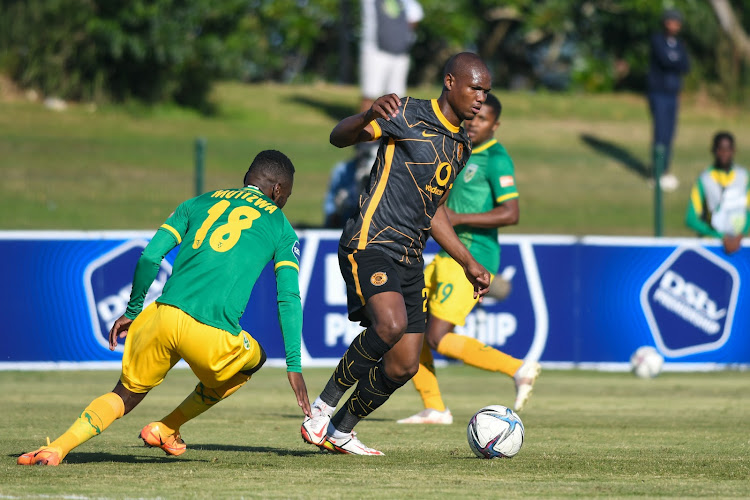 Kaizer Chiefs defender Njabulo Ngcobo has apologised to the club for his untoward behaviour during Amakhosi’s 2-1 DStv Premiership defeat to Golden Arrows in Durban on Wednesday.

After committing a woeful mistake that helped Arrows to equalise on the hour mark at Princess Magogo Stadium, Ngcobo didn’t take kindly to being substituted and refused to shake hands with coach Arthur Zwane.

That led to a fracas between Ngcobo and the angry Chiefs goalkeeper-coach Lee Baxter as other players had to come in between them to calm the situation.

Zwane said the player asked for forgiveness on Thursday morning and showed remorse for his actions.

#DStvPrem
Lee Baxter grabs Njabulo, violently by his shirt, Ngcobo coming out from a match where he made a huge blander that led to a goal! He was not in a good frame of mind. Bad reaction it l have a big problem with how he was handled 🙇🏿‍♀️ #Amakhosi4Life #BabizeBonke pic.twitter.com/4Mp1fl0MmI

“I think with Njabulo it was the heat of the moment. I don’t think he did that intentionally. He was just upset with himself because he made a mistake that ended up being a goal that brought Golden Arrows back into the game,” Zwane said.

“As his coach right now, it would be unfair to crucify him and not to help him instead because I was a player myself. I’ve made mistakes as a player and I was given an opportunity to learn from those mistakes.

“Njabulo is in a similar situation right now and he needs us, he needs his teammates and he has apologised this morning because he is obviously back to his senses right now,” he said.

“And you could even see after the game he was remorseful and realised the damage was bigger than what he at first thought.”

Chiefs are due to entertain Cape Town City at FNB Stadium in Soweto on Saturday (3pm) as they search for a first win after coach Stuart Baxter’s departure from the club.

Chiefs coach Zwane defends Ngcobo: ‘I believe he was upset with himself’

Kaizer Chiefs coach Arthur Zwane has defended his defender Njabulo Ngcobo for a tantrum that followed the centreback's substitution in Amakhosi's 2-1 ...
Sport
2 months ago

They’ve now lost three games in a row including that 1-0 defeat to SuperSport United which was Baxter’s last match in charge.

The fifth-placed Amakhosi need to quickly get their house in order if they are to stand any chance of finishing second on the log.

City are also in the running for the runners-up spot as they are third on 41 points, two points ahead of Chiefs and four points behind second-placed Royal AM.

Sundowns have already won the league race with four matches to play.