POLL | Will anyone be able to stop Sundowns next season? 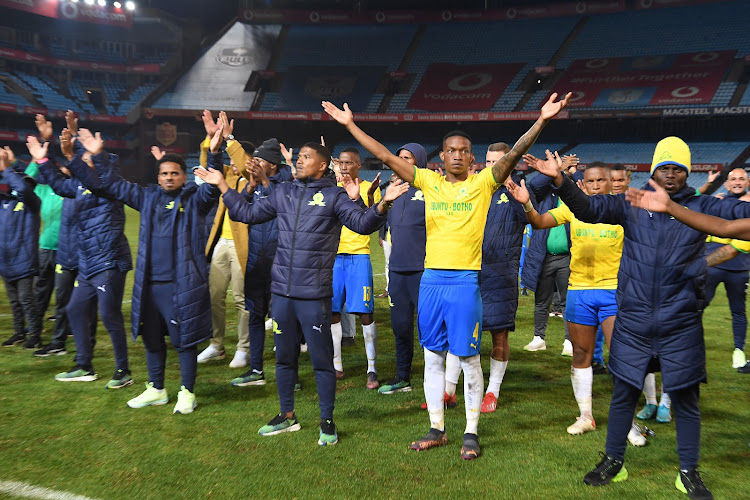 As Mamelodi Sundowns celebrate an unprecedented fifth successive DStv Premiership title questions have been raised on whether anyone can stop their dominance.

A 0-0 draw against Cape Town City in Tshwane on Wednesday night was all they needed to wrap up the title race. They are now on 58 points in the Premiership ahead of Royal AM on 45 points.

It was the earliest a league championship had been wrapped up in SA since the 2006-2007 season when Sundowns ran away with the title over runners-up Silver Stars.

It also keeps them on track for the domestic treble.

They have won 12 titles in the 26 years of PSL existence.

The win sparked celebrations and debate online, with some claiming the league was not competitive enough and others warning that Sundowns' rivals would pose a bigger threat next year.

Mamelodi Sundowns co-coach Rulani Mokwena was overjoyed at the title and also praised goalkeeper Denis Onyango who became the player with the most league titles after securing his ninth winners medal.

“If you look at Denis’ story, it’s a story that could easily be related to a Themba Zwane for example or an Andile Jali.

“These people are very important to the club, important in the sense that what it takes to win and the price that needs to be paid.

“That also rubs off on Promise Mkhuma, Sphelele Mkhulise and all the younger ones that are coming through and hopefully they then induct the next generation of Sundowns players, because it becomes very important to sustain the success of a big club.”

‘We have no God-given right to win all titles,’ says Sundowns co-coach Rulani Mokwena

Mamelodi Sundowns co-coach Rulani Mokwena says the record-setting club has no God-given right to win every title but their lofty ambitions and high ...
Sport
2 months ago