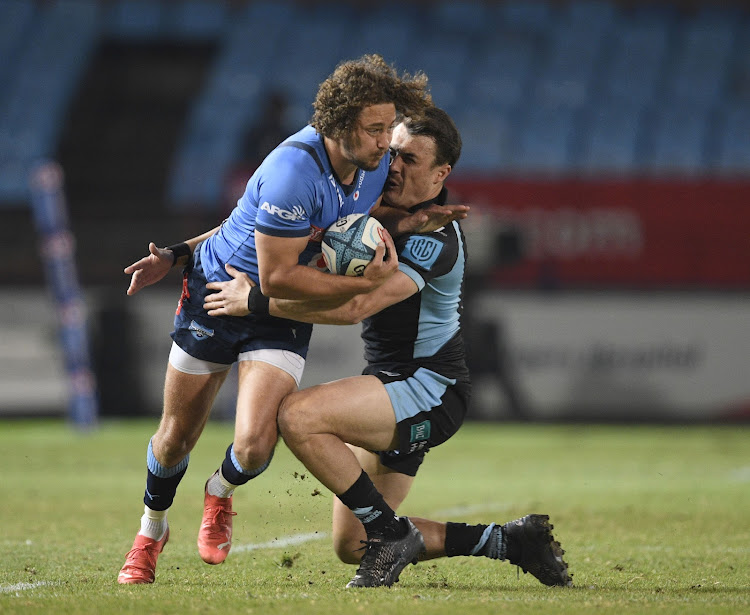 The Bulls registered a massive 29-17 bonus-point win over the Glasgow Warriors during their error-strewn United Rugby Championship (URC) match at Loftus on Friday night.

With this victory, Jake White’s men have moved from eighth place to the top half of the log standings but they are likely to be overtaken by Munster, who played on Thursday night against Cardiff, or the Stormers, Sharks, Ulster and Edinburgh who are in action on Saturday.

This vital home win will serve as a big morale booster for the Bulls ahead of their trip to Swansea where they are scheduled to take on the Ospreys in three weeks’ time for their final match of the round robin stages.

The Warriors got the match off to a flying start as they got the scoreboard ticking with a penalty try after obstruction by the Bulls that also saw influential No8 Elrigh Louw yellow carded after five minutes.

The Bulls drew level a few minutes later when scrumhalf Zak Burger found his way past the white line to score the opening try of the night for home side after good attacking play.

The Bulls have paid tribute to Loftus legend and ex-Springbok loose forward Pedrie Wannenburg who died in a car accident in the early hours of ...
Sport
1 month ago

The Warriors pulled away again with a penalty that was put away by Duncan Weir as the visitors benefited from some sloppy defending by the Bulls during the early exchanges.

As the game progressed, Morné Steyn put over his first penalty of the night to draw the Bulls level in the game.

One of the key moments of the first half arrived on the stroke of the break when the vastly experienced Steyn somehow forgot the basics of kicking as he missed his penalty in front of the poles.

Another notable moment arrived after the hooter had sounded when Warriors prop Zander Ferguson received his yellow card for repeated offences and they were immediately punished for their numerical disadvantage.

Soon after Ferguson left the field, flying winger Madosh Tambwe found himself with space on the right wing after he received a pass from Lionel Mapoe to score the second try for the Bulls with Steyn making up for the earlier glaring miss.

The news that Leinster has left several frontline players at home will ring sweet in the ears of the Sharks and the Stormers but it doesn't mean they ...
Sport
1 month ago

Shortly after the restart, Tambwe was denied his second try by the TMO but there were no problems a few minutes later as Walt Steenkamp powered over the line to give the Bulls a 14 point lead.

The Bulls tightened their grip on this match just after the hour mark when Cyle Brink scored their fourth and bonus-point try but substitute kicker Chris Smith could not convert.

The Warriors fought back with their first try by Ollie Smith which was converted by Ross Thompson but they left their comeback mission a little bit too late.