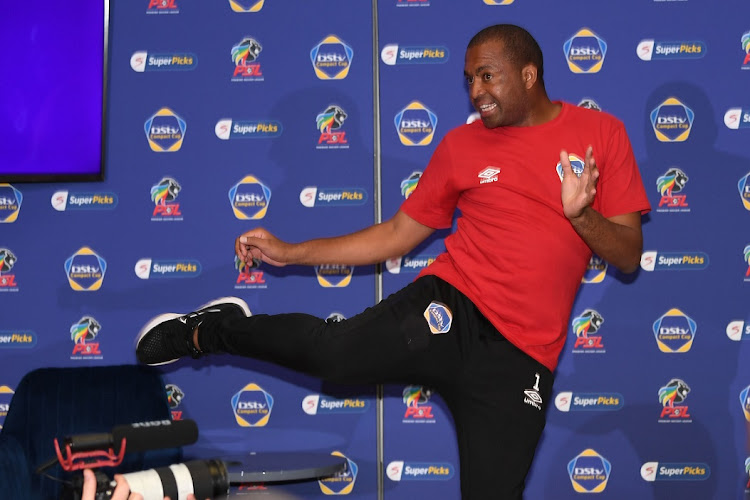 Khune, 34, who has been with Amakhosi for almost two decades and is endeared by the club’s faithful, has struggled for game time this season.

The former Bafana Bafana number one goal minder only featured once for Chiefs this season where he played 120 minutes in the MTN8 quarter final against Mamelodi Sundowns in August 2021.

Khune has been on the bench twice in the DStv Premiership as now sacked coach Stuart Baxter preferred Brandon Petersen, Bruce Bvuma or Daniel Akpeyi between the poles.

There was hope that the takeover of Zwane and Dillon Sheppard might lead to Khune's long awaited comeback between the goalposts but that hasn’t been the case.

Kaizer Chiefs' young defender Njabulo Ngcobo has apologised to the club for his untoward behaviour during Amakhosi’s 2-1 DStv Premiership defeat to ...
Sport
2 months ago

The duo left Khune out of the two games, which were defeats to Stellenbosch and Golden Arrows, that they’ve been in charge of, with Petersen being their choice in both matches.

While Zwane has lauded Khune for his professionalism, the coach also acknowledges that the keeper is not happy with his continued absence on the field of play.

“Khune is a professional and I like him because he is focused. But like any other player, there’s no player who wouldn’t like to play every game. He really wants to play and he is pushing himself at training,” Zwane said.

“There’s that competition, but should the opportunity arise, surely he will get his fair share and we still believe in him because he has got that quality. He is experienced and being in the dressing room he also motivates other players.

“He is always part and parcel of the team. Whether he is playing or not playing he is a positive person and he is looking forward to his turn, should that time come. I think soon he will be ready to compete because he is a true professional. He is a 24-hour professional player,” Zwane said.

A club of Kaizer Chiefs' stature should create as many scoring chances to win a match as possible, Amakhosi caretaker coach Arthur Zwane said before ...
Sport
2 months ago

Chiefs have had a tough season as they are in position five in the league with only five games to play.

Some believed the experience of Khune could have helped them have a decent campaign at least.

Sundowns have already wrapped up the league title and all that is left for Amakhosi now is to fight for the tightly-contested runners-up spot.

Chiefs play City at FNB Stadium in Joburg on Saturday (3pm) and they will be looking to end their four match winless streak of three back-to-back defeats and a draw.