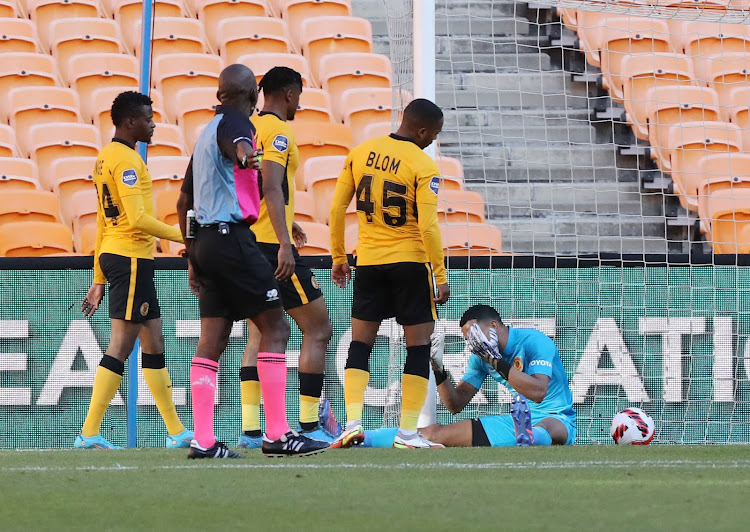 At the end of a week in which their fierce rivals Mamelodi Sundowns wrapped up their unprecedented fifth successive Premier Soccer League (PSL) title, Kaizer Chiefs lost for the fourth match on the spin.

Once the trophy kings, Amakhosi are a pale shadow of their former selves and they envy Sundowns who have ruled the roost with unparalleled success in recent seasons.

When the curtain falls on this season, it will be seven years since Chiefs laid their hands on a major trophy while Sundowns have already bagged the MTN8 and the league championship this campaign.

Losing this fourth league match in a row against CT City means that Chiefs may end up this season outside the top three positions which comes with continental football next season.

This unproductive run started two weeks ago when they were narrowly beaten 1-0 by SuperSport United in a match that led to the dismissal of former coach Stuart Baxter.

Arthur Zwane and Dillion Sheppard were entrusted with the team until the end of the season with the hope of somehow changing their fortunes but the bleeding continues.

They went on to lose to Stellenbosch, Golden Arrows and CT City to leave themselves as outsiders to qualify for the Caf Champions League and Confederation Cup.

This result also means that Chiefs have lost the matches against Arrows and CT City that the arbitrator ordered to be played after Amakhosi failed to honour them in December after a Covid-19 outbreak in Naturena.

Earlier in the week, CT City boss John Comitis indicated they may not honour this fixture but they ultimately played and it was immediately clear they played it under protest.

Mamelodi Sundowns coach Rulani Mokwena is expecting rivals Kaizer Chiefs to give them a guard of honour at their DStv Premiership meeting at FNB ...
Sport
2 months ago

Chiefs are left with four matches against Marumo Gallants, Sundowns, Sekhukhune United and Swallows where Zwane and Sheppard will be hoping for a change in fortunes to end the season on a positive note.

Next week, they are expected to give Sundowns a guard of honour.

There were no clear-cut chances by both sets of attackers in the opening ten minutes as both tried to find their feet.

After a slow start, Chiefs went on the offensive after twelve minutes with an attacking move that resulted with a snap shot by creative midfielder Nkosingiphile Ngcobo blocked by Taariq Fielies.

Ngcobo’s attack injected some life into the work of Chiefs as they launched another attack that ended with Bernard Parker’s dangerous cross headed away for safety by Fielies.

Chiefs were punished for not taking their chances as CT City opened the scoring after 14 minutes from the effort of attacker Craig Martin who benefited from a defensive mistake by Daniel Cardoso.

Kaizer Chiefs' young defender Njabulo Ngcobo has apologised to the club for his untoward behaviour during Amakhosi’s 2-1 DStv Premiership defeat to ...
Sport
2 months ago

For the opening goal, Terrence Mashego delivered a long cross to the edge of the Chiefs penalty box but Cardoso’s attempted header to goalkeeper Brandon Petersen was intercepted by an alert Martin who did the rest.

CT City increased their lead on the hour mark when an attack by Mashego resulted in the Bafana Bafana defender unleashing a powerful shot that rebounded off the body of Petersen into his own net.

Amakhosi pulled one back through substitute midfielder Dumisani Zuma eight minutes from time but it proved to be too little too late.